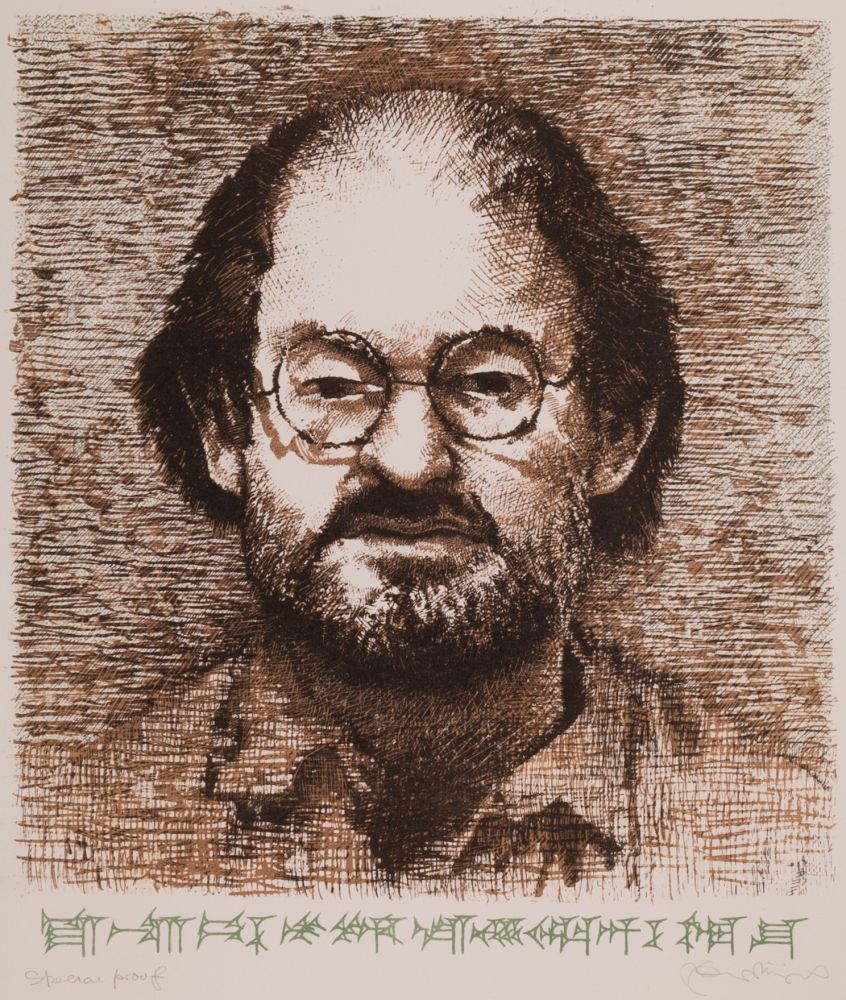 THE UNIQUE "SPECIAL PROOF" OF THIS PORTRAIT OF SALMAN RUSHDIE, SIGNED AND JUSTIFIED BY THE ARTIST. There was also an edition of 100 numbered impressions.

The cuneiform inscription under the portrait are the words of a Babylonian king, who asserted that we can't say who's a blasphemer because we can't know the minds of the gods.

During his sojourn at Harvard's Carpenter Center (1993-1994) Tom Phillips created five portraits (four lithographs and an etching with aquatint) of Salman Rushdie. Sylvan Cole Gallery has acquired a complete set--surely the only complete set, as even Phillips himself doesn't have them all--of the five, all of which are exceptional proofs. 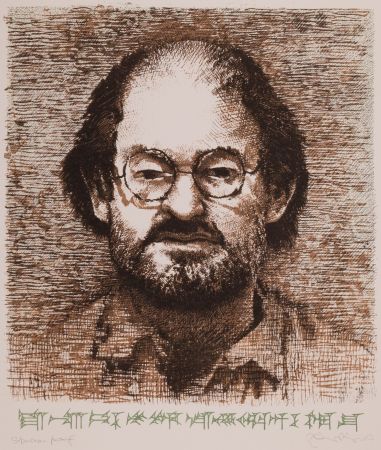 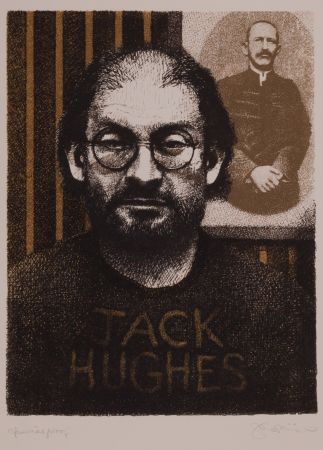 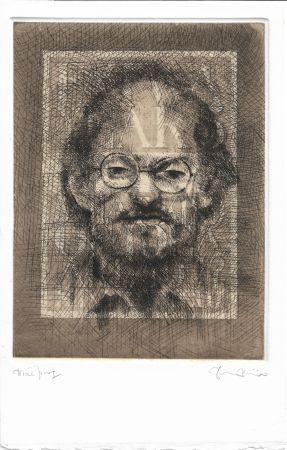 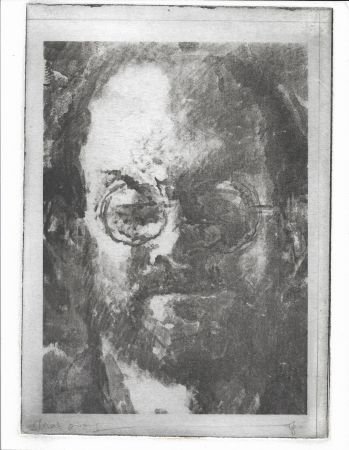 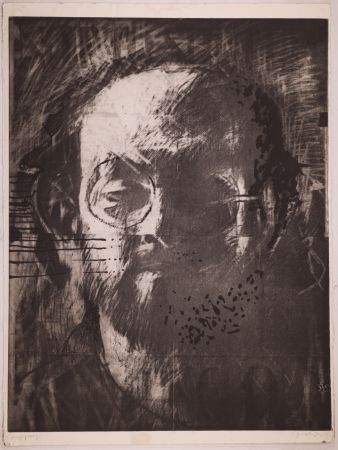