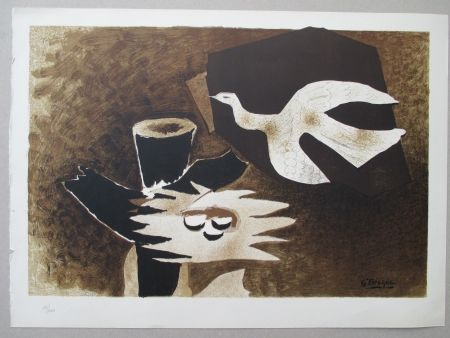 Colourlithograph after painting printed on BFK Rives. Numbered in 400 copies. Signature in the stone (otherwise unsigned). An edition with centerfold and without margins was published in Derriere le Miroir.
This composition was drawn twice: 1) for a handsigned edition on Richard de Bas in 300 copies signed witht he initials in the stone and handsigned in pencil 2) the present edition with the ful signature in the stone, numbered in 400 copies and unsigned. Both editions were published by Maeght.
The copy illustrated in Vallier is the unsigned edition in 400 copies 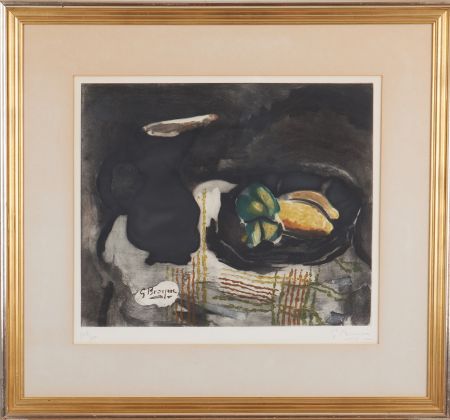 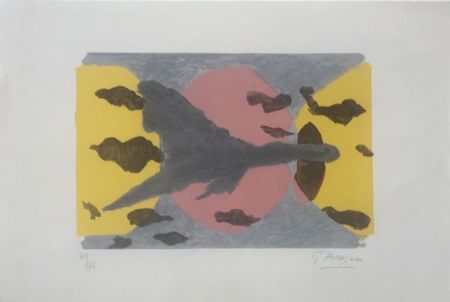 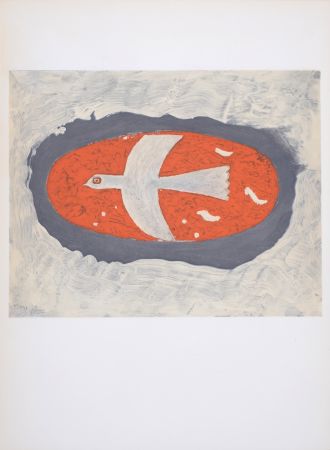 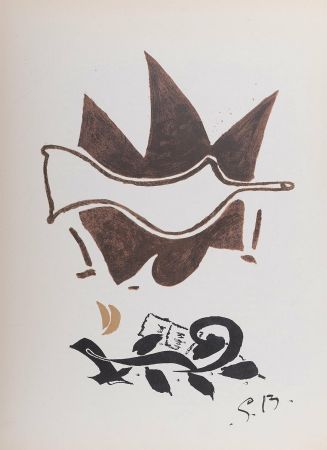