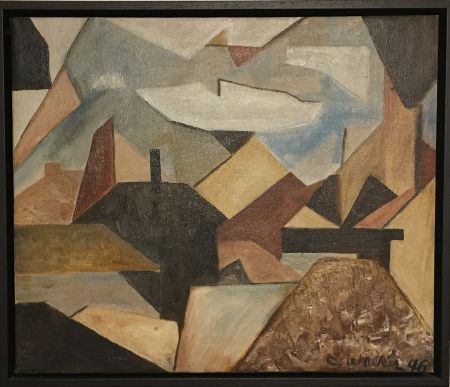 1924 - Clay Walker was born in 1924 in Kentucky
1955 - Walker Clay is back to England and then Paris, where he studied at the Ecole des Beaux Arts
1955 - Walker Clay meet Picasso
1960 - Clay became the director of the San Antonio Art Institute, Texas
1963 - In 1963 the Walkers moved to California, settling in Escondido in 1968. It was here that Clay designed and built his final house and art studio
1958 - In the latter 1950’s Walker was showing with the likes of Picasso, Warhol, Rauschenberg, etc. in galleries in the US. Artists like Calder and Miro traded their works for his, while private collectors were making other Walker acquisitions. His artwork has been shown in over 200 exhibitions throughout the US (i.e., the Museum of Modern Art, the Library of Congress, San Francisco Museum of Fine Arts, etc.) and internationally; he has been honored with numerous major awards.