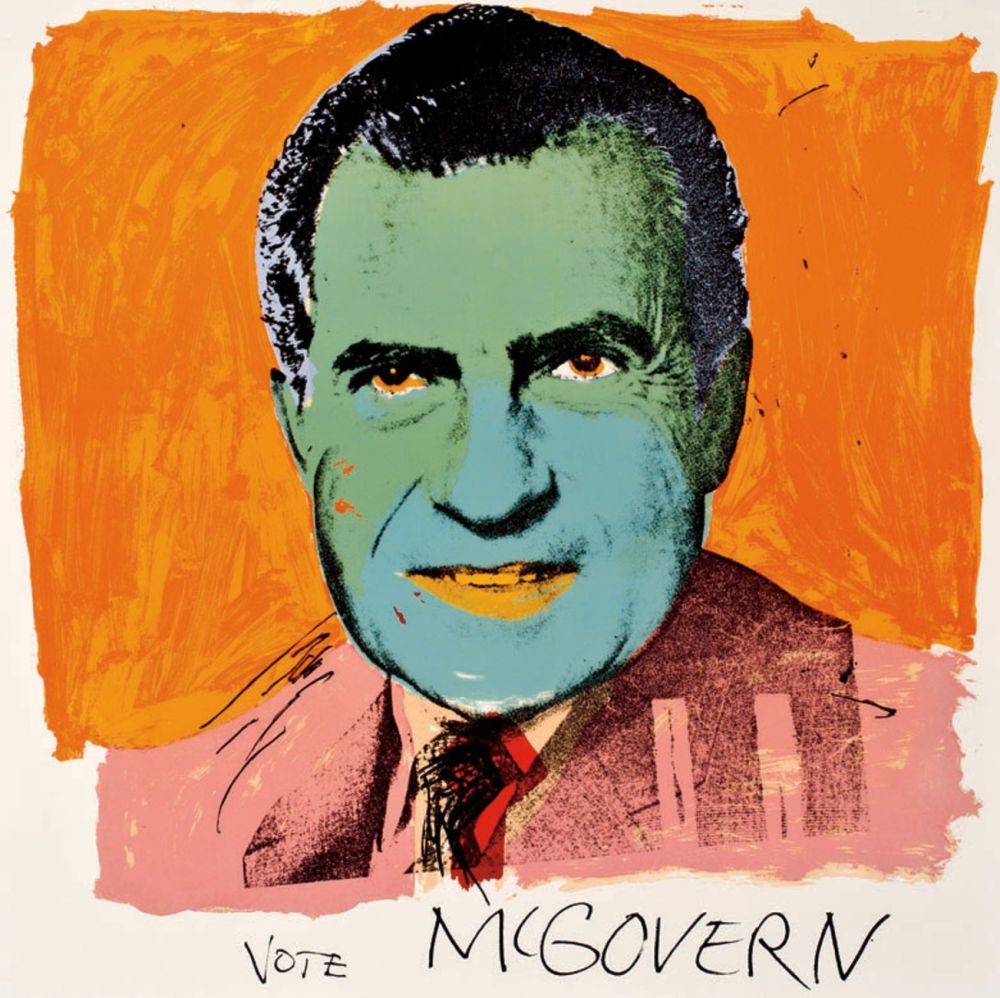 VOTE MCGOVERN 84
Vote McGovern 84 was created for the George McGovern Presidential campaign in 1972. Rather than portray McGovern in his piece, Warhol decided to represent the opponent in a negative light. Warhol’s demonic portrait of Richard Nixon, with blue skin and orange eyes leaves no doubt as to the artist’s political position, even without the graffiti scrawl on the bottom “Vote McGovern.” The vibrant reds and oranges surrounding Nixon’s face give the impression that he is erupting in flames.

VOTE MCGOVERN 84 AS PART OF ANDY WARHOL’S LARGER BODY OF WORK
Warhol had something in common with Nixon – he loved to video-tape and tape-record conversations with his friends, in person and on the phone. A few years ago, the Andy Warhol Museum exhibited a collection of Warhol’s personal Nixonalia -Watergate-themed Newsweek magazines, two Nixon hand puppets, and photos documenting wiretapping techniques. Warhol’s portrait of Nixon brings to mind Hunter S. Thompson’s comments about the 37th President, “Nixon [himself who] represents that dark, venal and incurably violent side of the American character…” (The Great Shark Hunt, p. 231)