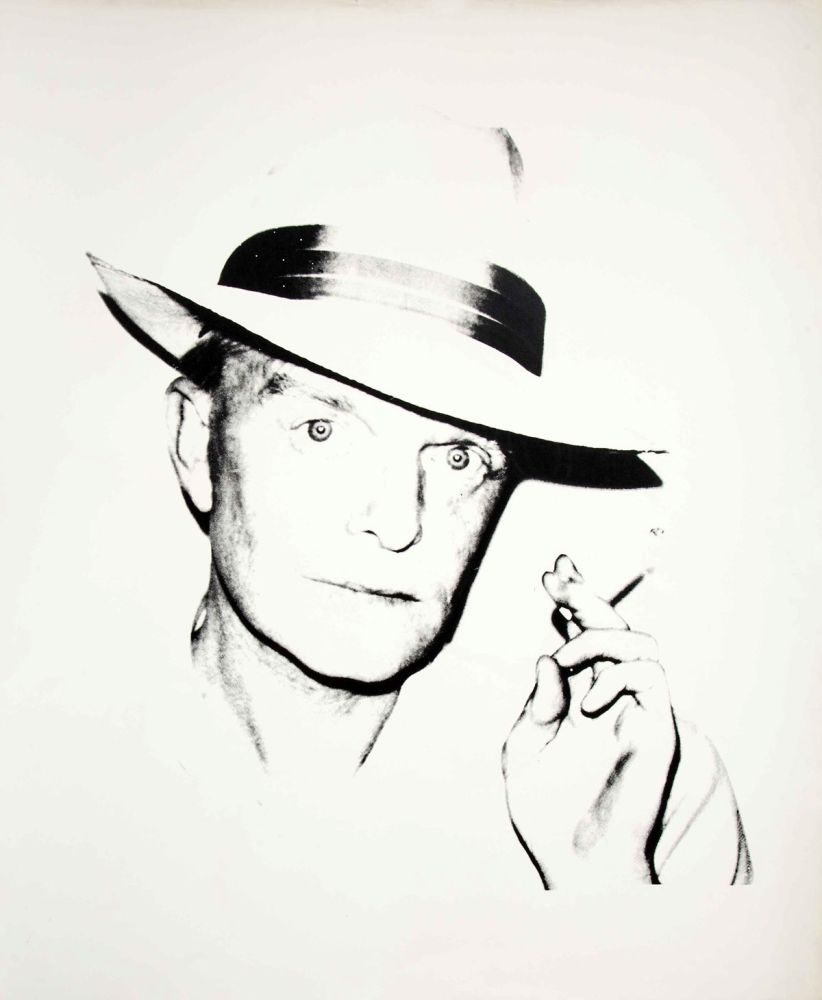 TRUMAN CAPOTE 46
Warhol famously had a longstanding fascination with Truman Capote (1924-1984), an American author, screenwriter, playwright, and actor. After decades of one-way admiration their paths finally crossed into mutual appreciation. Warhol founded a magazine in late 1969 called Interview, which featured a 60:40 ratio of interview material to commercial print ads. He famously traded a portrait of Capote in exchange for a year’s worth of columns. Interview magazine is still in publication today and is referred to as “The Crystal Ball of Pop.”

TRUMAN CAPOTE 46 AS PART OF ANDY WARHOL’S LARGER BODY OF WORK
During the 1970s Andy Warhol created unpublished works and his Skulls and Hammer and Sickle series. In addition, Warhol started a series of Time Capsules: cardboard boxes that he filled with the materials of his everyday life, including mail, photos, art, clothing, collectibles, etc. The artist produced over 600 of them and they are now an archival goldmine of his life and times. Throughout the 1970s Warhol frequently socialized with celebrities such as Jackie Kennedy Onassis and Truman Capote. He started to receive dozens—and soon hundreds—of commissions for painted portraits from wealthy socialites, musicians and film stars. Celebrity portraits developed into a significant aspect of his career and a main source of income.