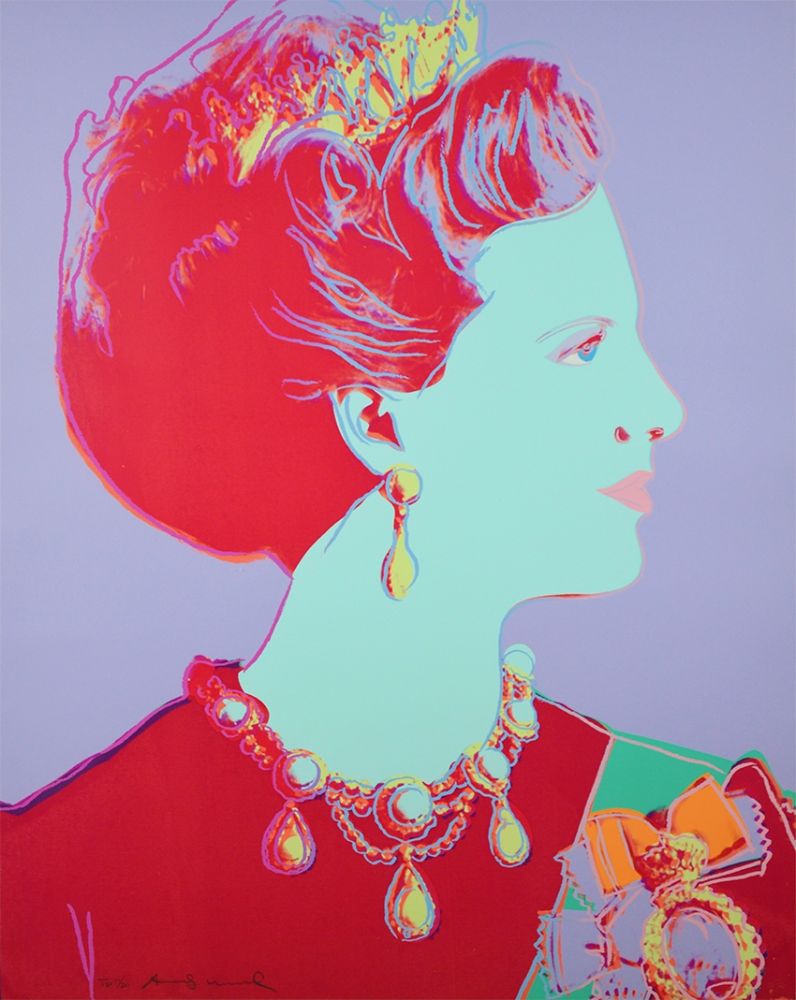 Andy Warhol Reigning Queens Series, Queen Margrethe II of Denmark (Violet), 1985, was originally created in 1985 as part of a portfolio of 16 screenprints on Lenox Museum Board. There is a rare Royal Edition series which features diamond dust along the outline of the entire print, and this particular work is from the Reigning Queens edition of 1985 in which diamond dust was excluded from the screenprint during production. Also featured in this series are Queen Beatrix, Queen Elizabeth II, and Queen Ntombi Twala. This series was printed by Rupert Jasen Smith, New York and published by George C. P. Mulder, Amsterdam.