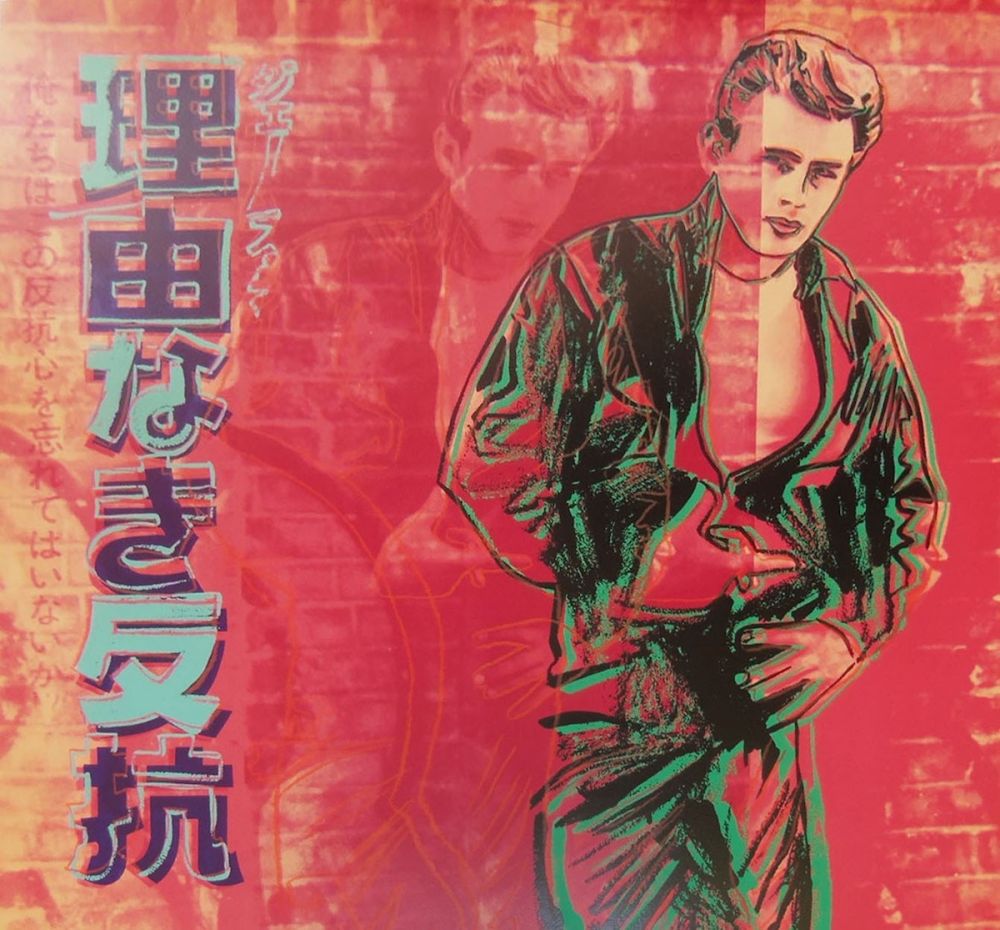 REBEL WITHOUT A CAUSE 355
Rebel Without a Cause 355 is a part of Andy Warhol’s 1985 Ads portfolio. This series features ten screenprints based on massively successful corporate advertisements. The print, which features Hollywood actor, James Dean, is modeled after the Rebel Without a Cause movie poster. James Dean dominates the right side of the print while the left side of the composition is filled by Japanese script. The figure of James Dean is delineated by bold black outlines and light blue accents, all set against a vibrant red background. In the center there is a very faint repeated image of the posed James Dean that is barely recognizable, as if it is an eery illustration of the late actor’s ghost.

REBEL WITHOUT A CAUSE 355 AS A PART OF ANDY WARHOL’S LARGER BODY OF WORK
Consumerism plays a crucial role in Andy Warhol’s career, as a majority of his pieces perpetuated that motif. In 1985, Rebel Without a Cause was created as a part of Warhol’s Ads portfolio. The series include a number of companies partnered with a number of famous faces. Included in the series are the following: Rebel Without a Cause (featuring James Dean), The New Spirit (featuring Donald Duck), Mobil, Volkswagen, Van Huesen (featuring Ronald Reagan), Apple, Paramount, Blackglamma (featuring Judy Garland), Lifesavers and Chanel No. 5. These advertisements were not simply a means to sell products, but had become an integral part of American culture towards the middle of the 20th century.