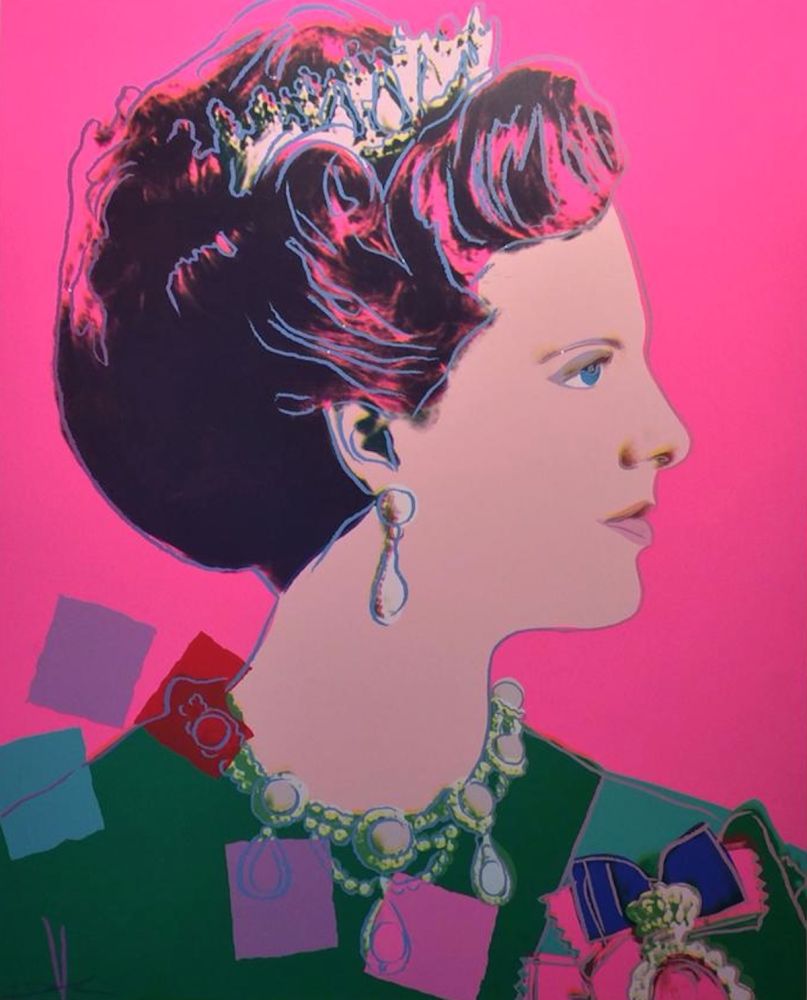 QUEEN MARGRETHE II OF DENMARK 345 AS PART OF ANDY WARHOL’S LARGER BODY OF WORK
In 1985 Warhol created his largest portfolio of screenprints entitled Reigning Queens. An update of the traditional royal portrait, the portfolio depicts four contemporary ‘ruling’ queens: Queen Elizabeth II of the United Kingdom, Queen Beatrix of the Netherlands, Queen Ntombi Twala of Swaziland and Queen Margrethe II of Denmark. This piece, which is one in a series of sixteen, is a part of Warhol’s “Royal Edition”, in which his images are accented with diamond dust. The following prints are three portraits of Queen Margrethe II of Denmark from this portfolio.

Andy Warhol created the Reigning Queens series during the mid-1980s, arguably his most prolific period. During this time, Warhol was forming bonds with a number of younger artists in the New York art scene including Jean-Michel Basquiat, Julian Schnabel and David Salle. Warhol saw a re-emergence of critical and financial success during this period of his life.