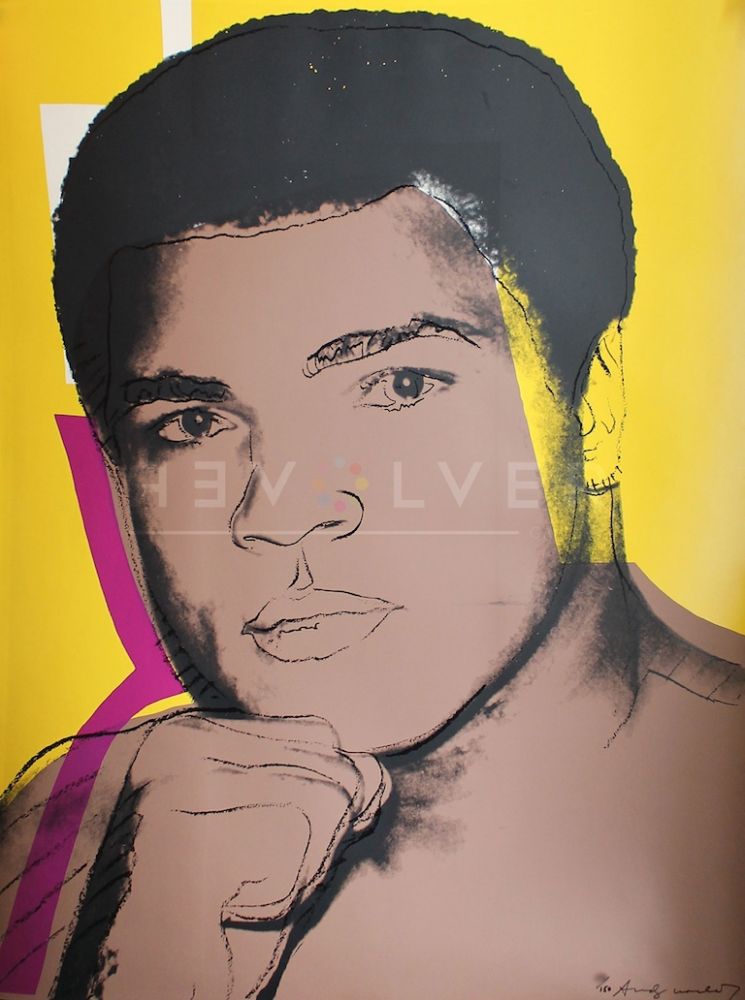 Andy Warhol created his Muhammad Ali portfolio of 4 screenprints featuring the famous boxer in 1978. While Warhol himself was not a fan of sports, he was fascinated with celebrity and the idolization of famous athletes like Ali. The images are based on Polaroid photos Warhol captured of the boxer, highlighting Ali’s poise, concentration, and physicality, all of which contributed to his international celebrity. True to his pop art style, Andy chose vibrant solid colored backgrounds and used his signature color blocking technique. Each screenprint focuses on a different aspect of Muhammad Ali, each of which contributed to his fame.