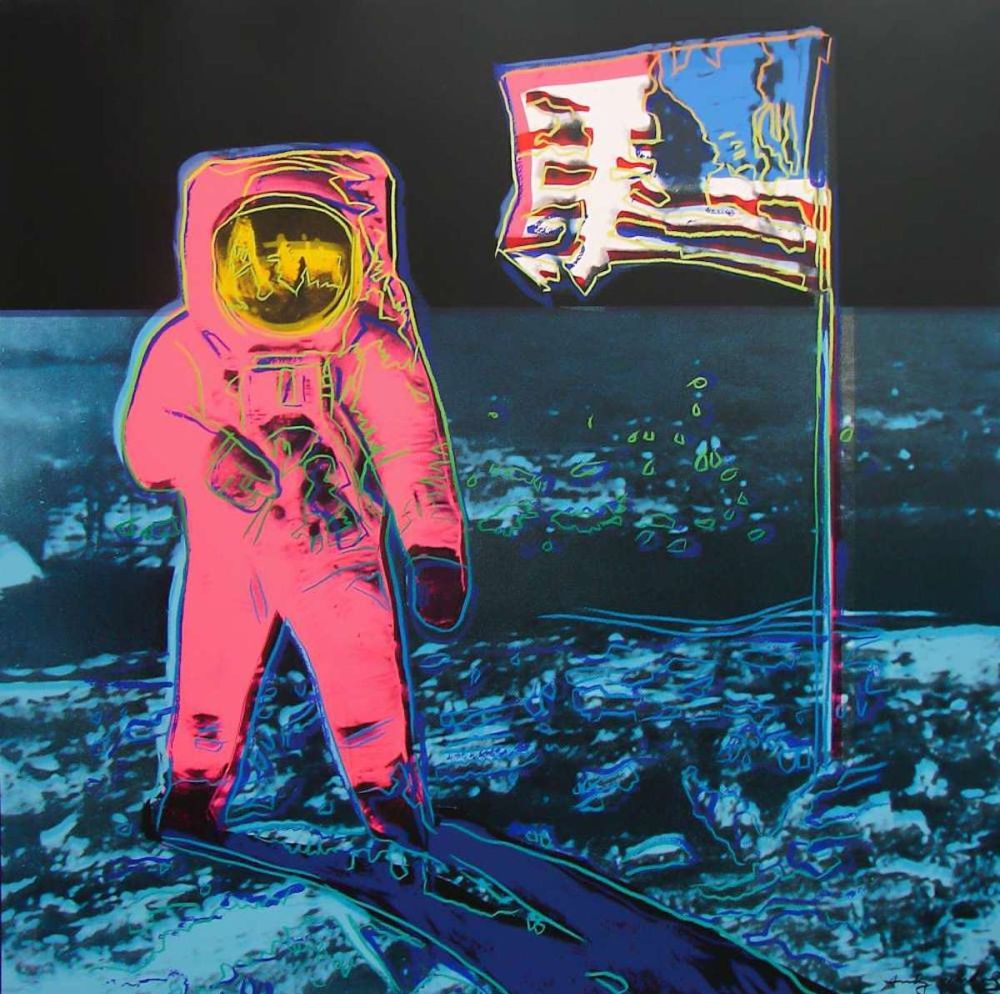 MOONWALK, BLUE AND PINK (FS II.405)
Moonwalk 1987 is a depiction of astronaut Edwin “Buzz” Aldrin, Jr. taken on his walk on the moon for the first time in 1969 during the Apollo 11 mission. Edwin was accompanied by astronaut, Neil Armstrong, the first man to set foot on the Moon. Warhol’s Moonwalk is a portfolio of only two prints. While the other print used subtler colors of yellow, this print illustrates Buzz in a hot pink suit. The US flag beside him also consists of the bright pink with blue and white. The pink helps emphasize the astronaut and flag against the cool blue hues of the moon.

MOONWALK, BLUE AND PINK (FS II.405) AS PART OF ANDY WARHOL’S LARGER BODY OF WORK
Warhol was known for capturing portraits of the most famed celebrities across the globe from Hollywood movie stars, to the royals of foreign countries. However, Warhol focuses on the glamor of this moment of 1969 rather than depicting a large portrait of Edwin “Buzz” Aldrin’s face. He noticed the significance of such a historic event, thus, produced this unique portfolio, Moonwalk, to remind people of America’s abilities and progress.