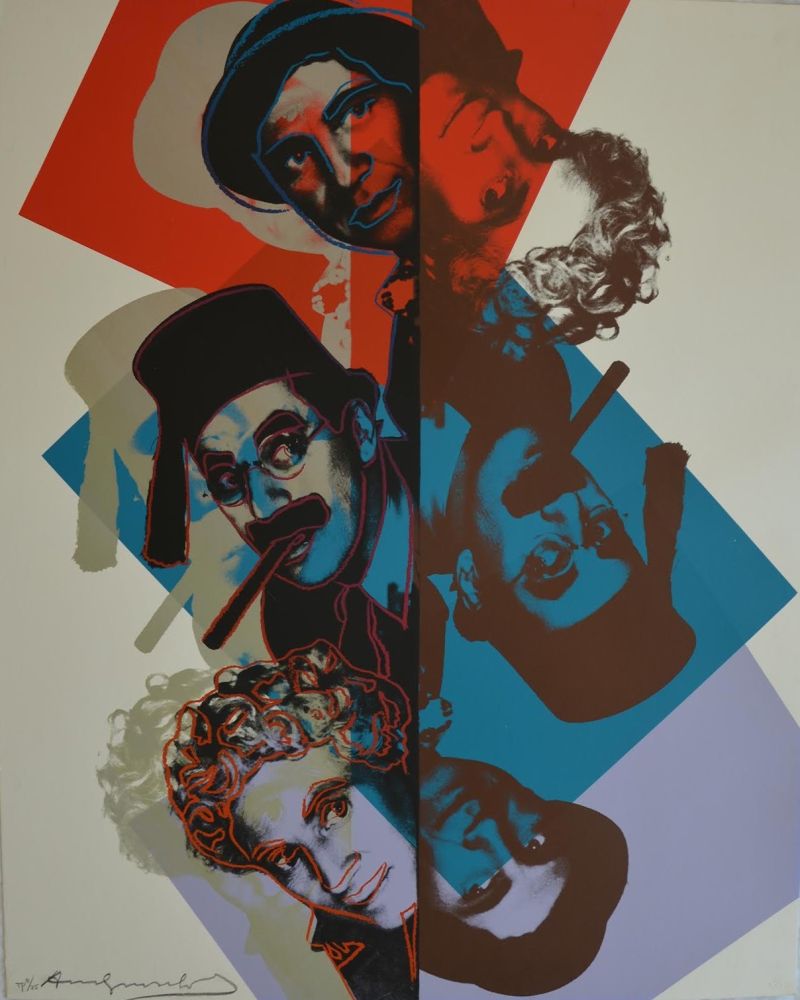 MARX BROTHERS 232
Andy Warhol created Marx Brothers 232 in 1980 as part of the series Ten Portraits of Jews of the Twentieth Century. Chico Marx is at the top of the print, with his brother Groucho in the middle and their brother Harpo on the bottom. Seeing as all three men died before Warhol created the series, the photo that this print was based off of is a still frame from the 1946 film A Night in Casablanca.

MARX BROTHERS 232 AS PART OF ANDY WARHOL’S LARGER BODY OF WORK
The Marx Brothers 232 print is yet another example of Warhol’s fascination with stardom. Chico (1887-1961), Harpo (1888-1964) and Groucho (1890-1977) Marx garnered fame for their comedy acts throughout the early to mid 20th century. They were featured in vaudeville, on Broadway, and in motion pictures. This kind of fame drew Warhol to them. The series itself has sparked controversy both nationally and internationally. The Marx Brothers portrait is one of ten in the series Ten Portraits of Jews of the Twentieth Century. Other famous and renowned Jews who make up the series include Albert Einstein, Franz Kafka, Gertrude Stein and Sigmund Freud.