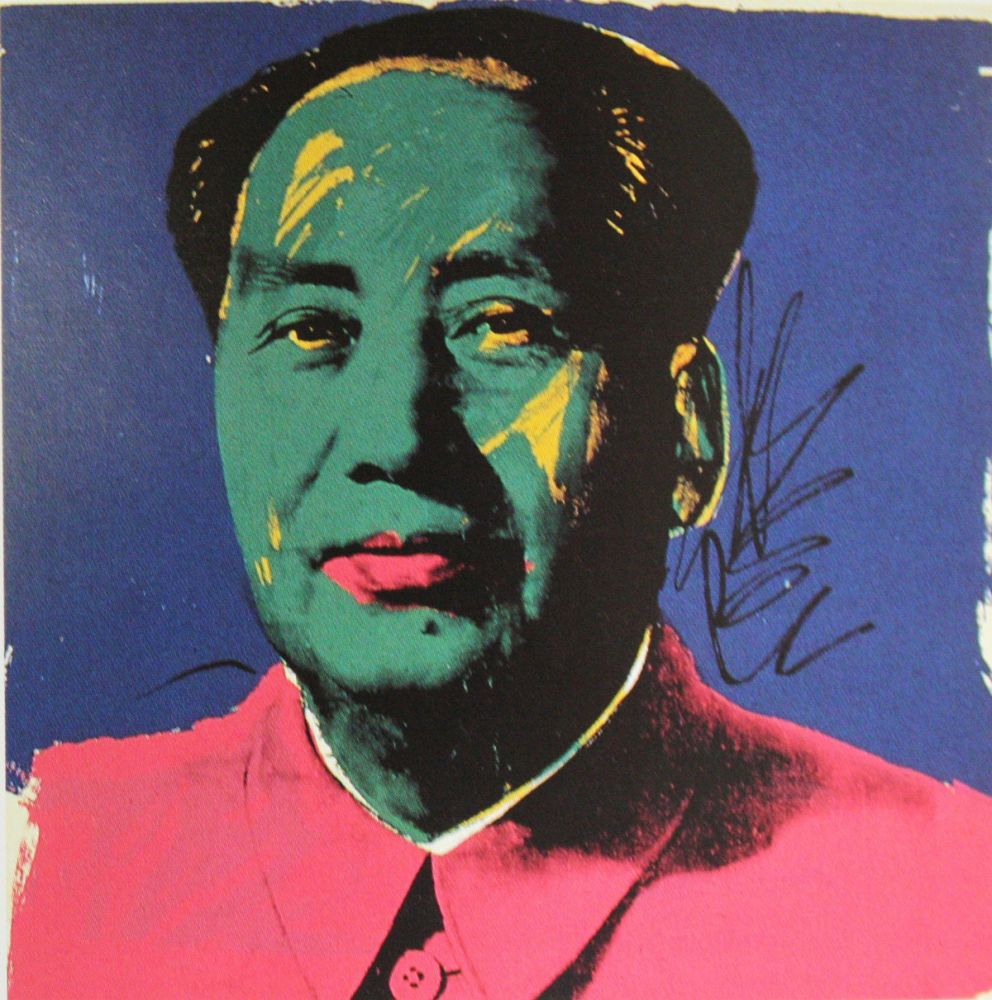 MAO 93
Warhol presents Mao Zedong in a style reminiscent of his celebrity portraits. He fuses together the image of totalitarian propaganda and the colors found in his celebrity art to demonstrate the cult of personality surrounding the Chinese ruler. He uses bright colors and applies them in a makeup-like fashion as a form of personalization, a sharp contrast to Communist ideologies, which shunned individualism. This juxtaposition is taken further by the number of variations Warhol made of this image.

MAO 93 AS PART OF ANDY WARHOL’S LARGER BODY OF WORK
After President Nixon’s 1972 visit to China, and the inevitable buzz it created in the press, Andy Warhol was inspired to create a series of prints that would immortalize the image of the Chinese leader, Mao Zedong. Warhol could see a blurry mirror image of US media to Chinese propaganda.There were parallels between the cult like following in the West to movie stars and Mao Zedong in the East. Seeing these in a strange likeness, Warhol produced his Mao series in a fashion reminiscent of his portraits of American celebrities like Marilyn Monroe and Elvis Presley. These color charged screen prints of Mao were further set apart by the layers of graffiti-like scribbles that were screened on separately, transforming Mao into a world wide pop icon.

Andy Warhol created the Mao series during the early 1970s when he was taking many commissions for celebrities. Celebrity portraits developed into a significant aspect of his career and a main source of income. Other series produced during this time are the Mick Jagger series, Muhammad Ali series and unpublished works of various celebrities such as Truman Capote.