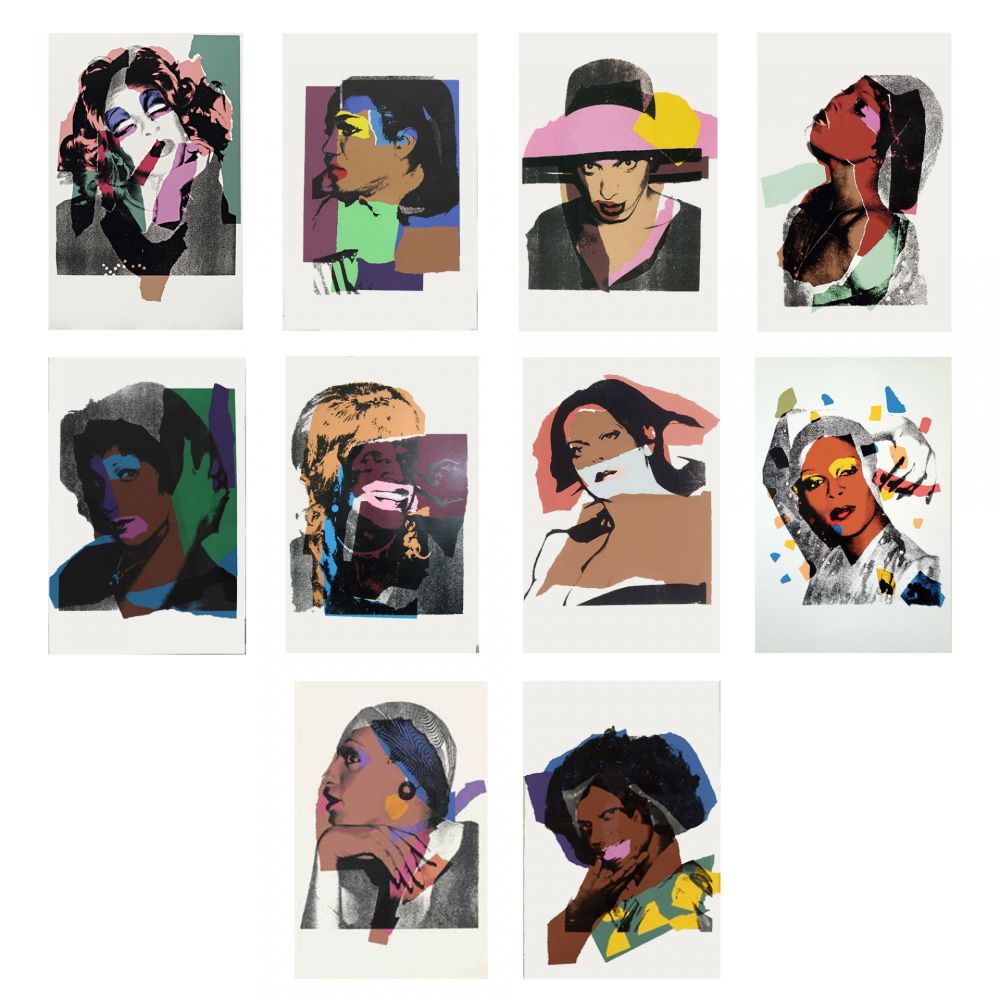 LADIES AND GENTLEMEN COMPLETE PORTFOLIO BY ANDY WARHOL
Andy Warhol Ladies and Gentlemen Complete Portfolio bestows a ‘glamour effect’ on the series of screenprints through the use of flamboyant color, exaggerated poses and accentuated make-up. These tactics intended to simulate fictional identities, immortalize the anonymous figures of the promiscuous mixed-race American scene at the time. Here, he gave these individuals the visibility they were deprived of as they were often marginalized by clichés, and were relegated to the fringes of community life.

LADIES AND GENTLEMEN COMPLETE PORTFOLIO AS PART OF ANDY WARHOL’S LARGER BODY OF WORK
Andy Warhol Ladies and Gentlemen Complete Portfolio mimics the celebrity status of his other portraits, yet also, in its ambiguity and anonymity, the series veers away from the commerciality so often associated with Warhol’s work. It explores a more abstract and elusive notion of fame. Similarly, the technique of photographic images, printed upon torn paper collages, employed here departs from Warhol’s highly mechanical silkscreened works of the previous decade. It reveals, rather, traces of the artist’s hand – effectively belying his infamous declaration that ‘I just want to be a machine.’ Indeed, like the best of his achievements, Ladies and Gentlemen remains deliberately enigmatic – Warhol seems to demand that his audience look beyond the visual seduction of the image surface. Yet, he himself remains ever passive and superficial, elucidating very little in terms of meaning.