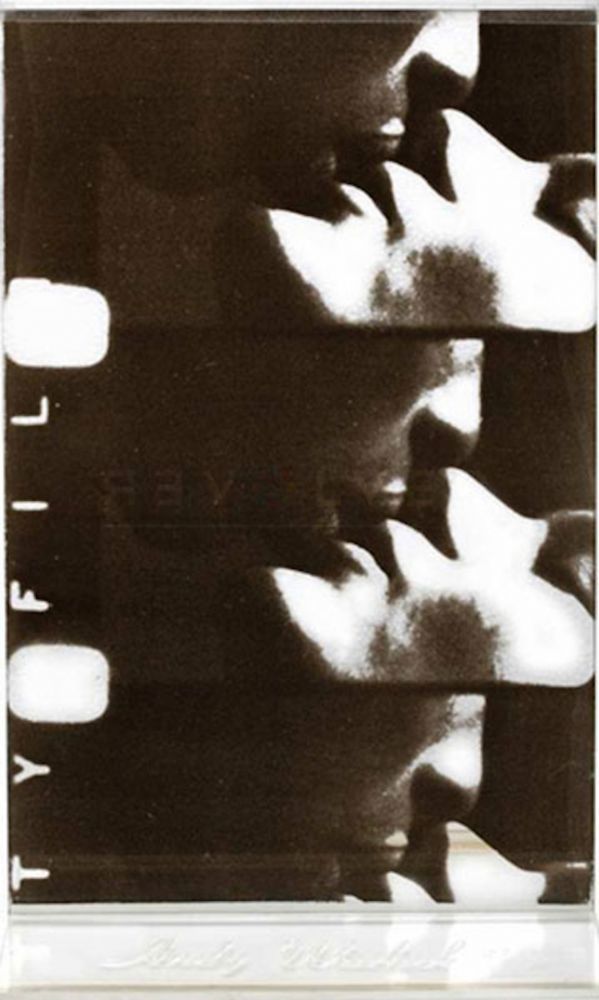 KISS 8
This piece was developed for the Seven Objects in a Box project, containing pieces by seven different artists.

KISS 8 AS PART OF ANDY WARHOL’S LARGER BODY OF WORK
Kiss 8 is derived from a still from one of Warhol’s earliest film works. This project was made in response to sensors that prohibited Hollywood films from allowing lips to touch and linger for more than three seconds. Andy Warhol shot male/female, female/female and male/male kisses that lasted for three whole minutes. He began showing these films in 1963, which were shown in installments, ultimately leading to a 55-minute long version. Some of the kissers include artist Marisol and Robert Indiana. Warhol’s screenprint from this film was featured in Rosa Esman’s 7 Objects in a Box. Esman is an art dealer turned art publisher that worked for Tanglewood Press Inc. She designed a simple art-packing crate to contain 7 inventive multiple works that capture the movement, medium and philosophy of art. Other such items include Great American Nude by Tom Wesselmann, Chicken by George Segal, Roy Lichtenstein’s Sunrise and Claes Oldenburg’s Baked Potato.