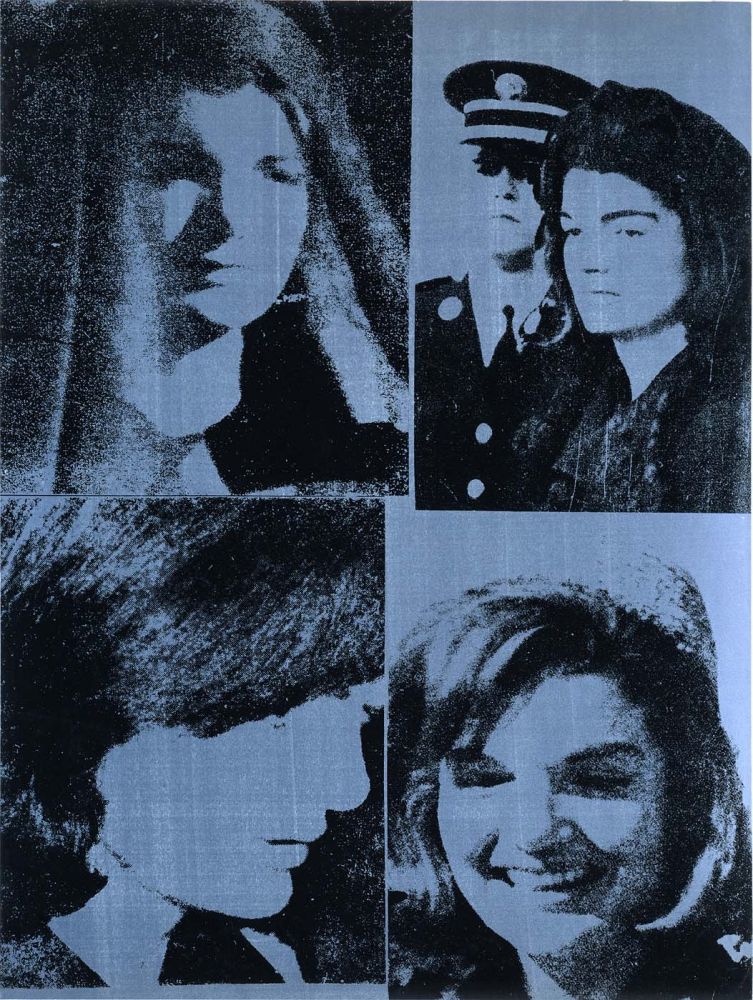 JACQUELINE KENNEDY III 15
Jacqueline Kennedy III (Jackie III) features four different images of Jacqueline Kennedy surrounding the death of her husband, President John F. Kennedy. These images came from the December 6, 1963 issue of Life magazine by the photographer Fred Ward. The same eleven artists were featured in each of the different versions of the 11 Pop Artists portfolio. In this print, Warhol still uses the stock images from the magazine with simple black ink printed on blue paper. The images chosen depict Jackie in a variety of emotions, likely shared by the American public during this time.

JACQUELINE KENNEDY III 15 AS PART OF A LARGER BODY OF WORK
Andy Warhol chose to crop the source images found in Life magazine so that the only focus was on Jackie Kennedy. This is a common theme found throughout his works. Andy Warhol did not like how the media handled the death of JFK; these images of Jackie Kennedy were his response to the media blitz. Warhol once said that “…it didn’t bother me much that he was dead, what bothered me was the way television and radio were programming everybody to feel so sad.” By cropping the images and zooming in on Jackie’s face, he brings attention to both her grief and courage. Jackie Kennedy continues to be an iconic symbol of American royalty, especially since Warhol created his Jacqueline Kennedy series. While Warhol had used publicity and news-service photos prior to this series, the images used in his Jacqueline Kennedy pieces were pulled directly from newspapers or magazines.