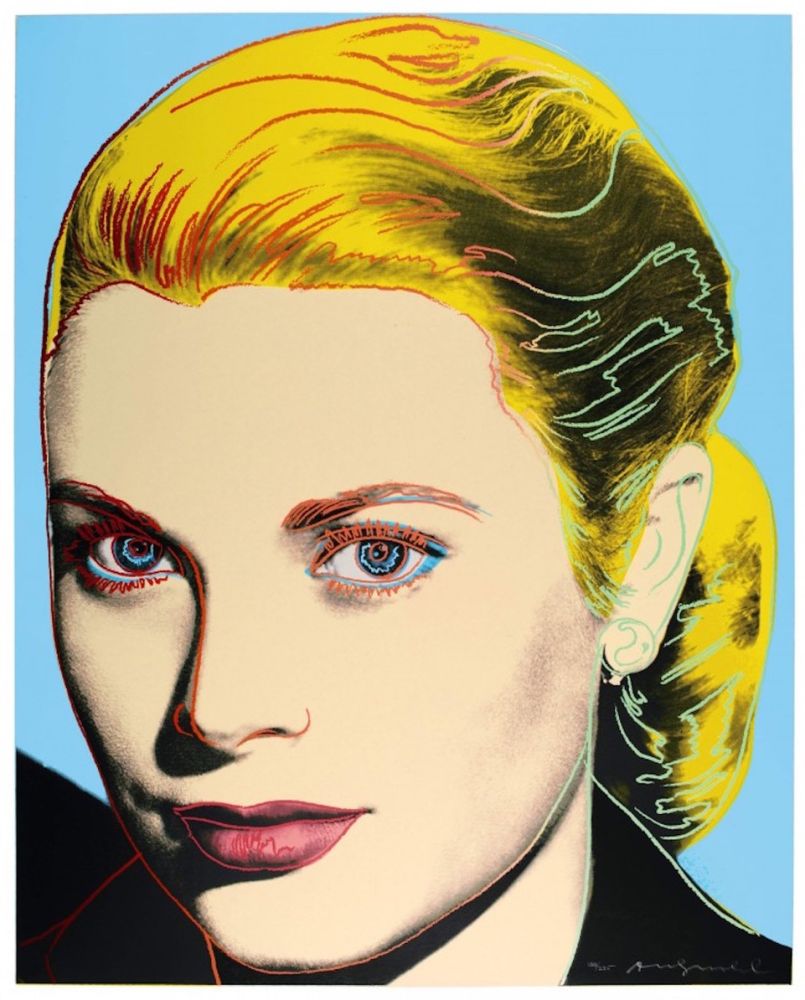 Grace Kelly was an American film actress and Princess of Monaco. In 1950, at the age of 20, Grace Kelly appeared in New York theatrical productions and over 40 episodes of live drama productions. In 1953, she became a movie star with the premiere of Mogambo, but retired shortly afterwards when she married Prince Rainier. Grace Kelly is well known for her beauty and elegance, which is captured in this portrait with Warhol’s attention to her perfectly slicked back hair, plump red lips, and almost pristine glow to her skin. She has been regarded as one of the top ranks in the list of top female stars in American cinema.