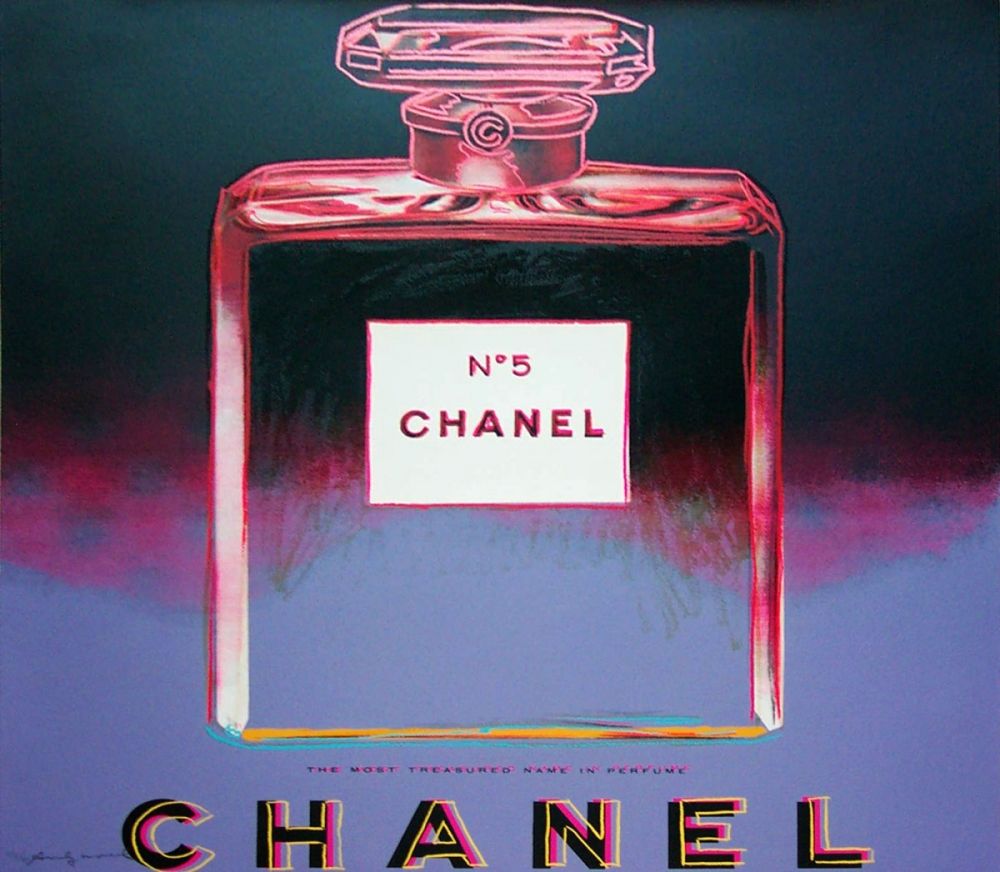 CHANEL 354
Chanel 354 is a part of Warhol’s ADS Series. The Warhol Chanel No. 5 bottle illustrates the bottle’s sleek design, using minimal colors, only to accent the bottle’s contours and label. With only 190 editions in existence, Warhol’s Chanel prints are highly sought after and exceptionally rare in the art market. The Chanel No. 5 bottle is one out of the ADS series that is especially close to Warhol’s past as an ad illustrator. The Chanel bottle continues to be seen as a quintessential image of female consumerism and glamour.

CHANEL 354 AS PART OF ANDY WARHOL’S LARGER BODY OF WORK
His beginnings as a product marketer heavily influenced his artistic career, in which he glamorized and transformed everyday objects, like soup cans and cleaning supplies, into works of art. So in the 1980’s when Feldman Fine Arts commissioned Warhol to create his “ADS” series, Warhol was in his element. The portfolio consists of Mobil, Blackglama (Judy Garland), Paramount, Life Savers, Chanel, Rebel Without a Cause (James Dean), Van Heusen (Ronald Reagan), The New Spirit (Donald Duck), Volkswagen, and Apple. These images that make up Warhol’s ADS Series reflect Warhol’s fascination with American consumerism.