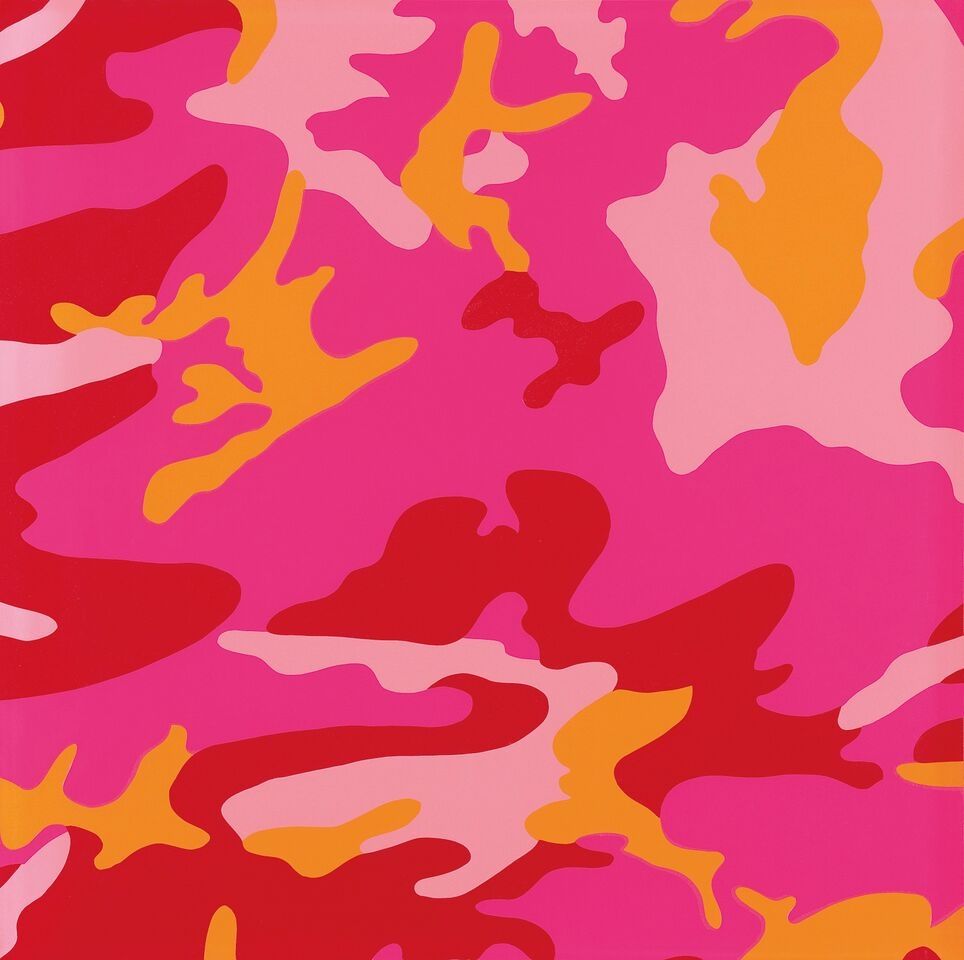 Camouflage FS II.408 is from the portfolio of eight prints that feature variations of the pattern mixed in with Warhol’s signature use of bright colors. The Camouflage prints began rising in popularity as it held more significance with America’s continuing military involvement in the Middle East. He would vary the camouflage patterns and colors to give each print a unique and individual feel. This specific edition displays bright fluorescent pinks and hints of orange. Warhol’s color use greatly opposed the traditional use of camouflage, which is typically used to help disguise and blend in with the environment.

CAMOUFLAGE FS II.408 BY ANDY WARHOL AS PART OF A LARGER BODY OF WORK
Warhol created this portfolio to revolve around America’s military involvement in war; however, he also created a juxtaposition with his versions of camouflage designs. The bright color use greatly contrasted the origins of camouflage, which were meant to conceal. Andy Warhol introduced the opposition of disguise and identity. With this idea, the new camouflage attracted opportunities from the fashion industry. Bold colored camouflage soon became popular as it helped women stand out in urban settings.