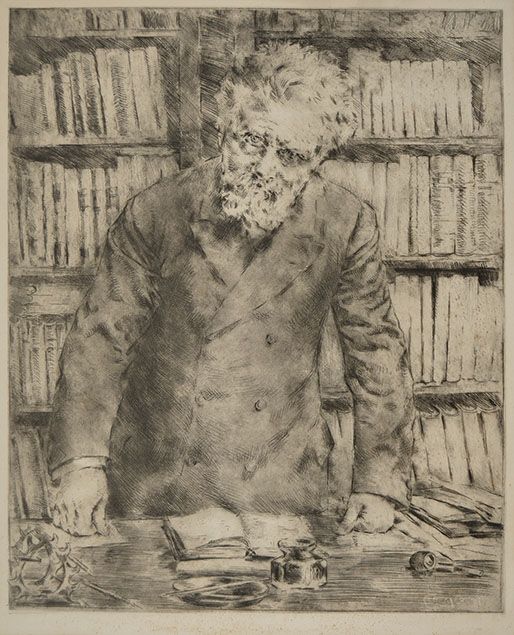 Etching (acquaforte monotipata), 1907. A fine impression titled in black chalk on the bottom CARDUCCI, skillfully printed with black ink working on the surface tone, on thick wove white paper. Signed LConconi bottom right, in the film of ink left in the plate. Titled numbered and signed at the bottom margin in red chalk, Carducci / prova 43 / LConconi. Most of the chalk is missed but the inscription is well readable, indented in the paper. Slight foxing; 530 x 440 mm. See M. Bianchi, G. Ginex, Luigi Conconi incisore, Milan, 1994; cat. no. 51.
According to Bianchi and Ginex, there should be a second state of the etching in addition to the one they describe. The scholars base their hypothesis on the fact that on the impression kept at the Bertarelli collection in Milan Conconi indicated in pencil that it was a first state.
However, since a state subsequent to the known one has never been found, the writing probably indicates an intention never realized. 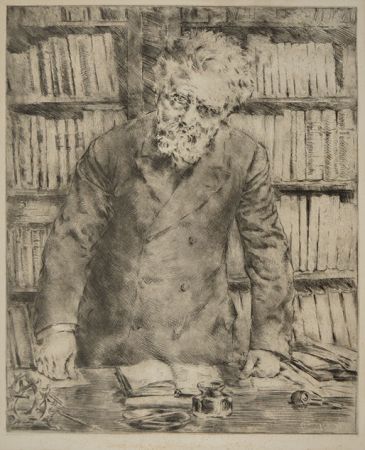 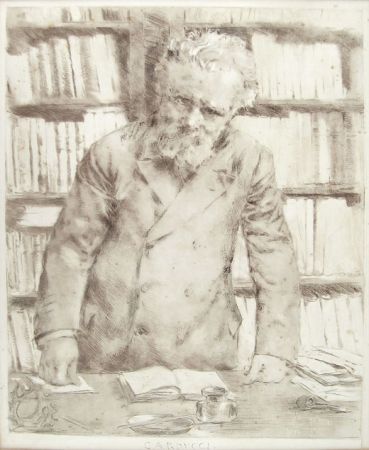 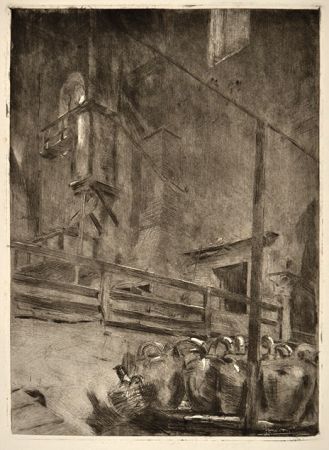 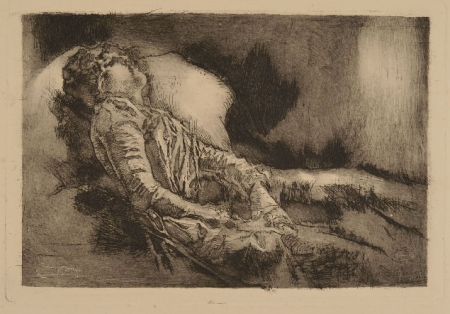 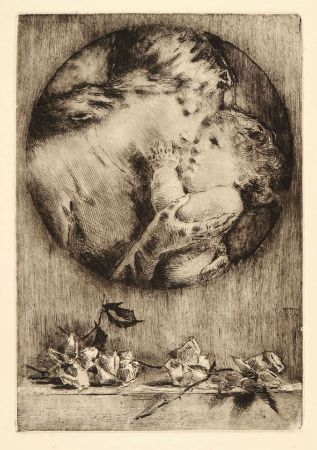 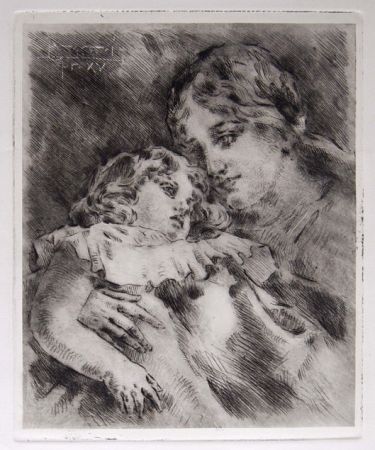 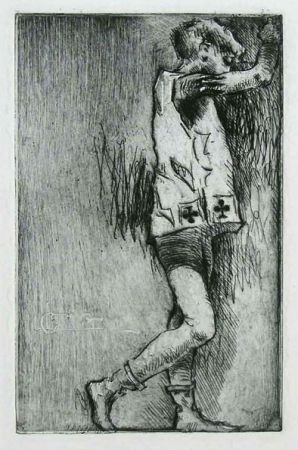 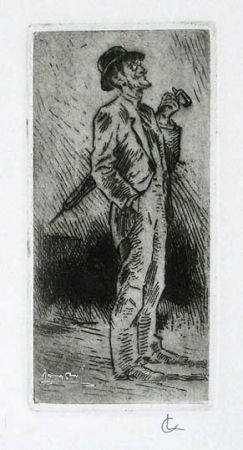 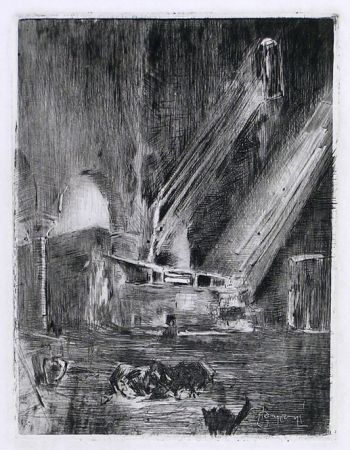 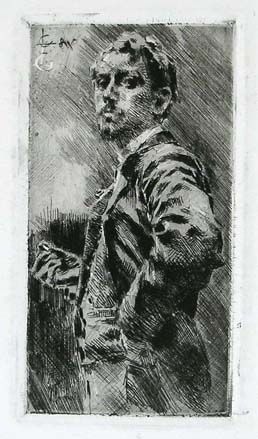