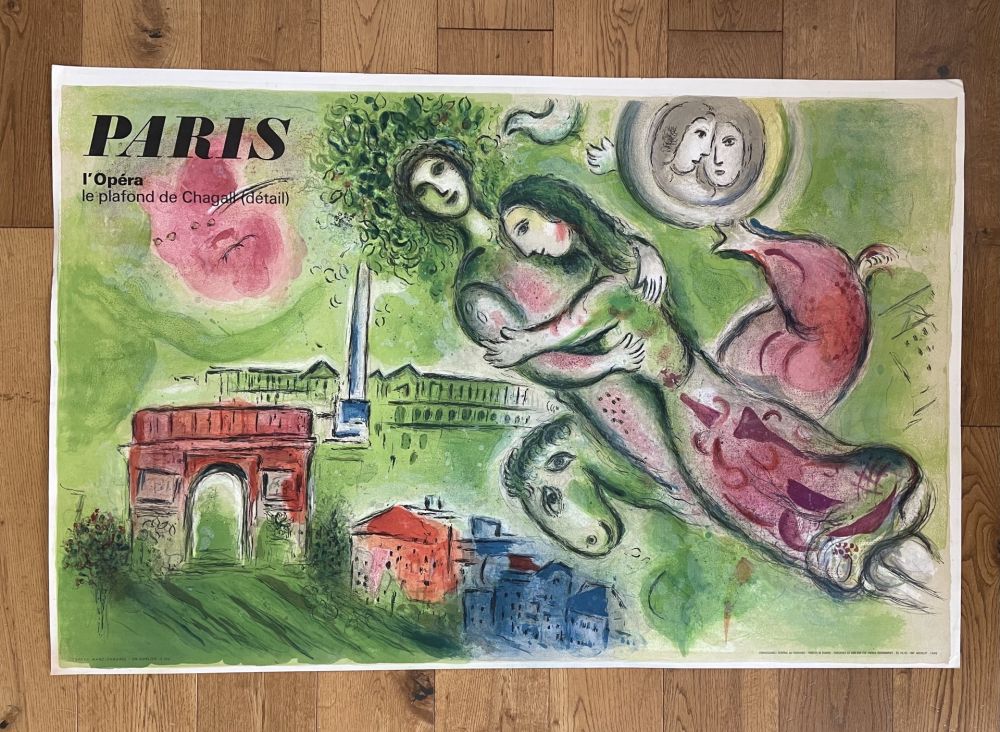 Title: Paris Opera: Romeo and Juliet
Medium: Original lithograph, 1964, on Arches paper
Size: Paper size: 650 x 1010 mms ;
References:
Charles Sorlier “Les Affiches de Marc Chagall” pages 50/51
Charles Sorlier: Chagall Lithographie (Catalogue Raisonne) Volume V, Andre Sauet, Monte Carlo 1984, page 199, Number CS10
Edition: 5000 impressions on standard poster paper. There was also an edition of 200 proofs on Velin Arches paper signed and numbered by the artist without the text.
Some unsigned proofs , with letters, were made on Arches paper of which our works are examples of.
Notes:  This composition showed a detail from the ceiling of the Paris Opera. Andre Malraux, the French Minister of Culture, commissioned the artist to work on this vast project.
He divided the vast space into several colour zones and wove together scenes and characters from the most beloved operas and ballets. The mural would honour the works of fourteen composers, from Mussorgsky to Mozart and Beethoven to Tchaikovsky . Chagall’s ceiling was unveiled on September 23, 1964 during the finale of a Mozart's Jupiter Symphony, the artist’s favourite composer. The project was a gift to the City of Paris by the artist who made no charge for this huge work. The poster was executed by Charles Sorlier, senior lithographer at the Mourlot studios in Paris, after a detail of Chagall's Ceiling of the Opera.
Provenance: Galerie Michel, Paris. The sale from which this came described the provenance as “Une Galerie Parisienne Historique” and this was no less then the truth. It was founded in 1912 by Robert Gustav Michel and was situated on the Quai Saint-Michel specialising in graphics by Modern Masters. The last owner, Francoise, sadly retired recently due to ill health
Printed by: Mourlot Freres, Paris, France
Published by : Publicite de Tourism, Francais. 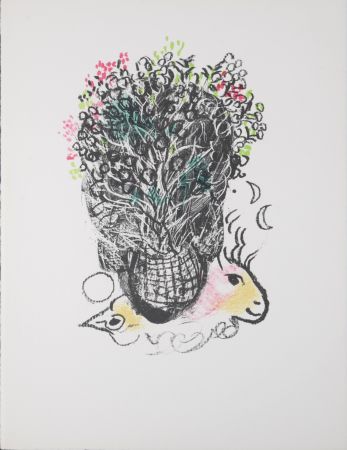 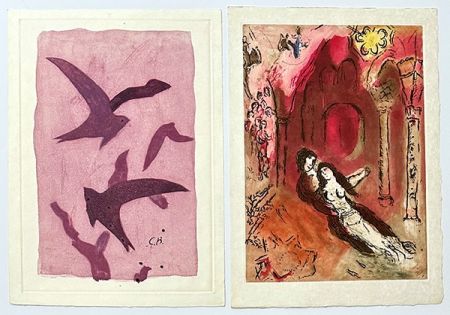 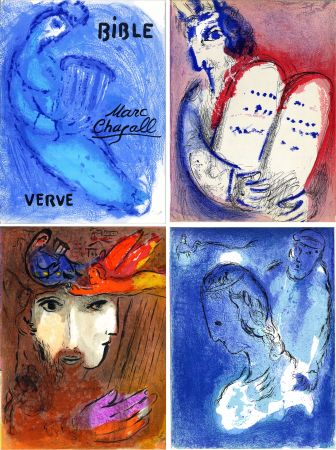 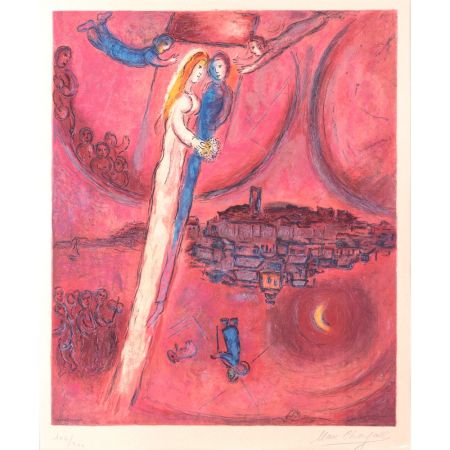 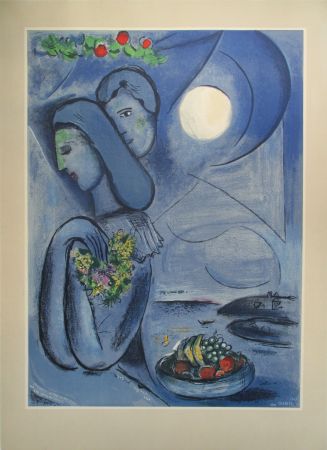 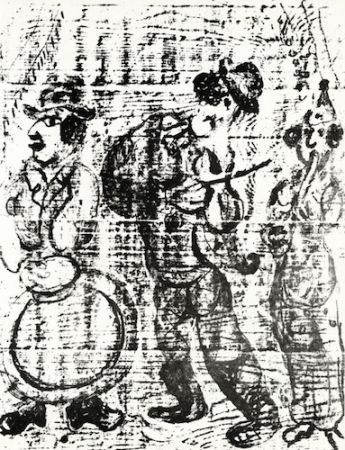 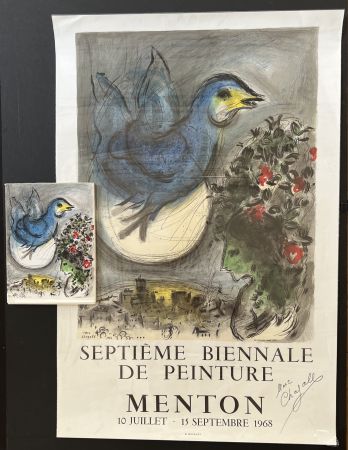 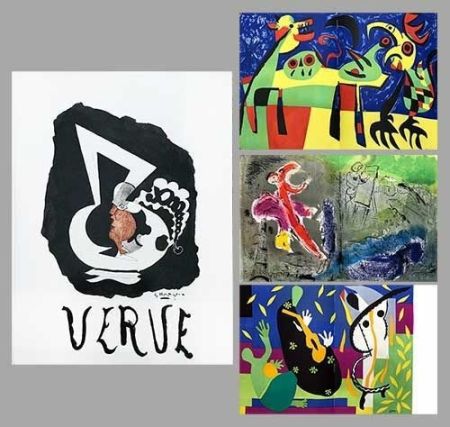