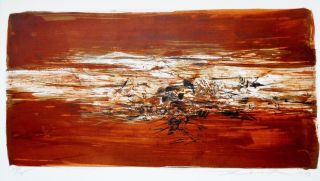 White Dragon Gallery is specialized in Modern and Contemporary Asian Art prints (Mostly Chinese, Indian and Vietnamese prints), but also propose paintings and drawings. All the artists already have an international following of collectors.

White Dragon Gallery was founded by Pierre Martin in 2016. After studying art history at the University of Montreal (MBA, 1984-1987) and at the Sorbonne in Paris (Master and DEA, 1989-1993) he founded and directed in Paris L'Eau Métallique Gallery, which was specialized in Contemporary Chinese Art, from 1992 to 1997. From 1990 to 2000 he also wrote as an art critic for different Canadian, French and Taiwanese Art Magazines and organized different projects. During the 2000 to 2015 period he moved to Taiwan for a new adventure. There he was an independant curator, critic and often collaborated with the Blue Dragon Art Company on various public art, exhibitions and art brokerage projects.