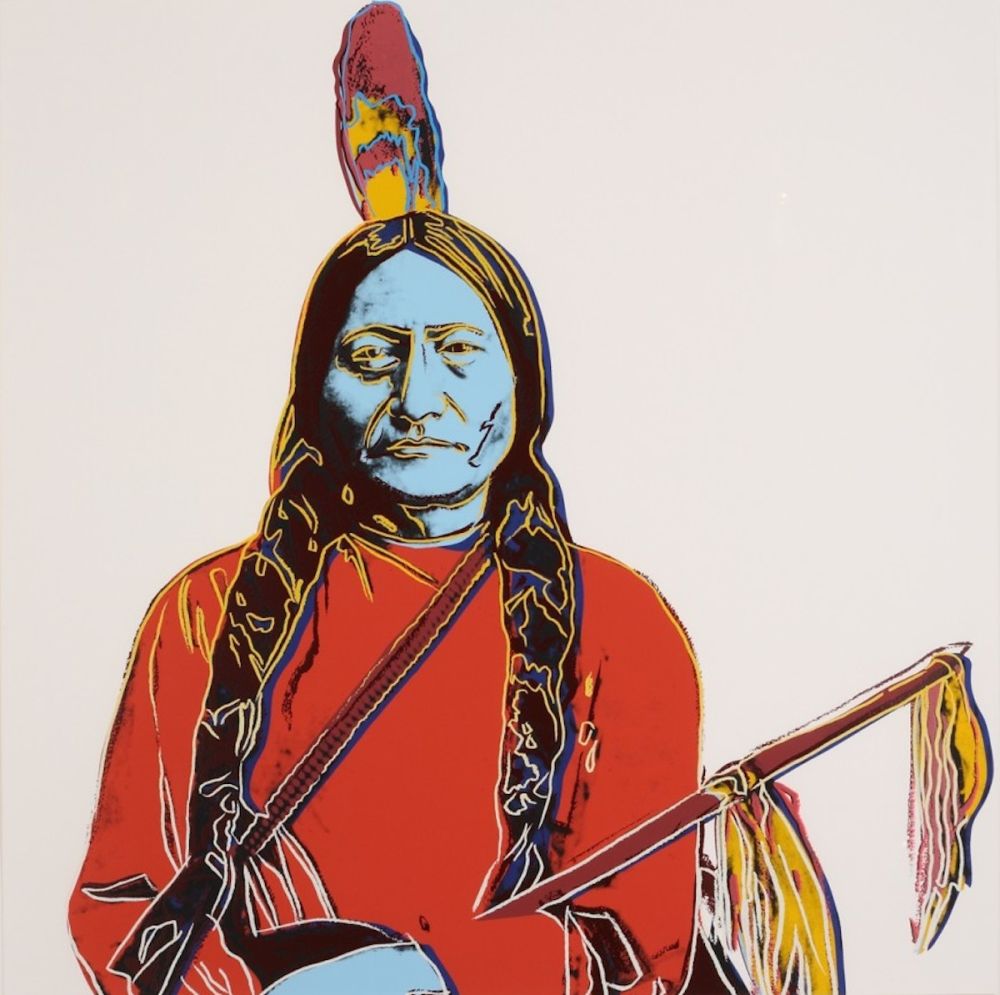 SITTING BULL A70
Sitting Bull A70 is part of Andy Warhol’s Cowboys and Indians series. The print is based on an archival photo of the Sioux Chief. His stoic pose and placid facial expression makes it seem that he is posing for a photograph, rather than an image of him in action hunting or in combat. The vivid coloring of Sitting Bull’s face and the light highlights that outline his shape give the traditional subject a modern twist.

SITTING BULL A70 AS PART OF ANDY WARHOL’S LARGER BODY OF WORK
Warhol returns to portraiture in this homage to the hero of the Battle of Little Big Horn, Sitting Bull. Originally conceived as part of the portfolio, Cowboys and Indians, the first series to combine images of people and objects, Sitting Bull was not included in the last minute and replaced with another subject.