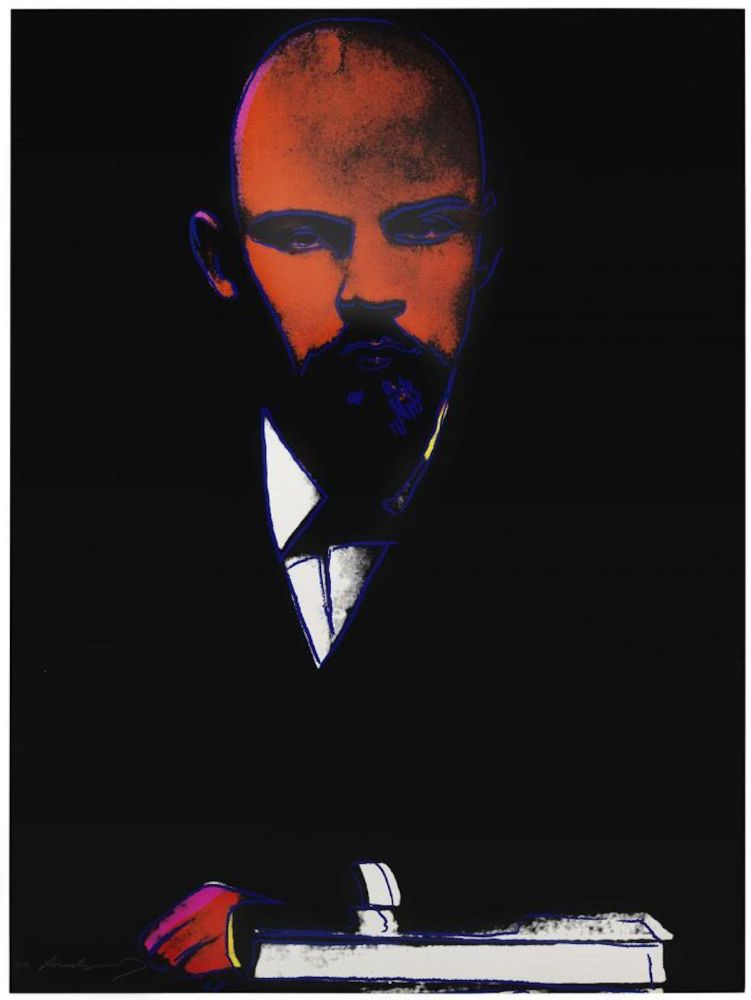 Red Lenin is a screenprint depicting Vladimir Lenin, one of Russia's most famous political figures, widely known for being the leader of Russia’s communist revolution. The subject matter of Lenin is surprising because it varies from the more notable celebrities and socialites that Warhol was known to depict. Warhol not only broadens his subject matter, but also shows growth within his own pop art style. The majority of this screenprint is one shade of eye catching crimson red, however the details of the face and hand of Lenin are yellow and his collar and armrest are grey. The simplicity of the work draws the viewer to Lenin’s face.