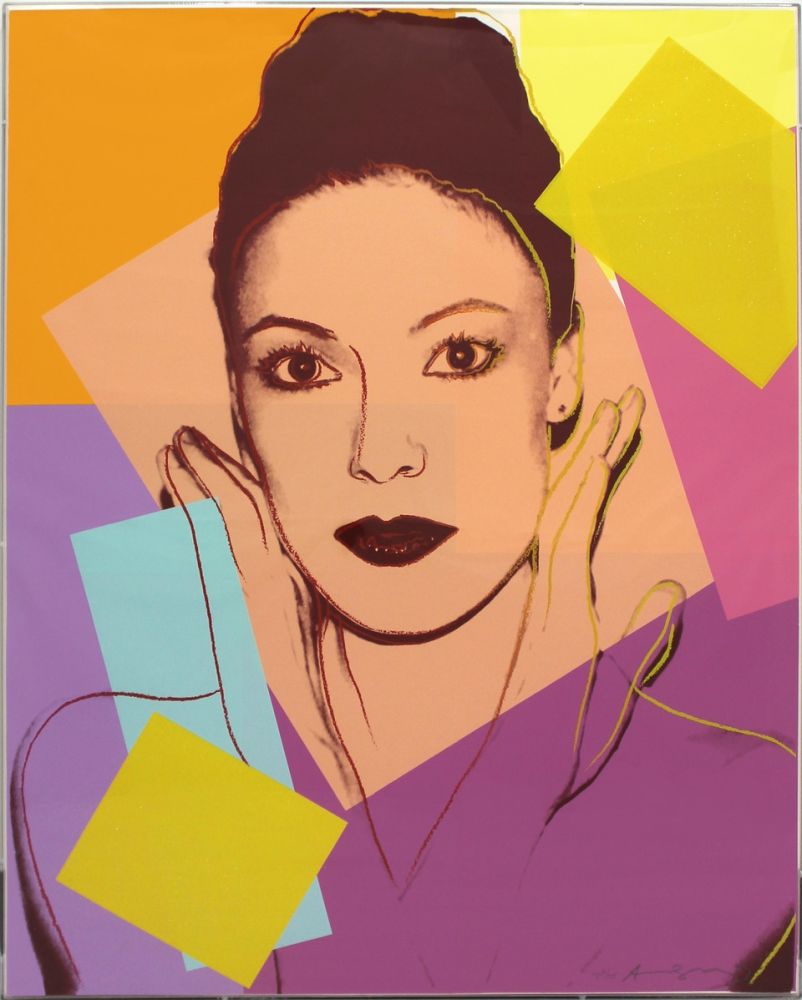 Karen Kain is a Canadian ballet dancer who trained at the National Ballet School of Canada. She later became the artistic director at the National Ballet School of Canada. Karen Kain captivated Warhol as she did to audiences around the world who watched her as a principal ballet dancer. This screenprint was based off a Polaroid taken by Warhol in his famed studio, The Factory. Kain admitted to it taking many years to warm up to the portrait done of her, her print now proudly hangs in her dining room.