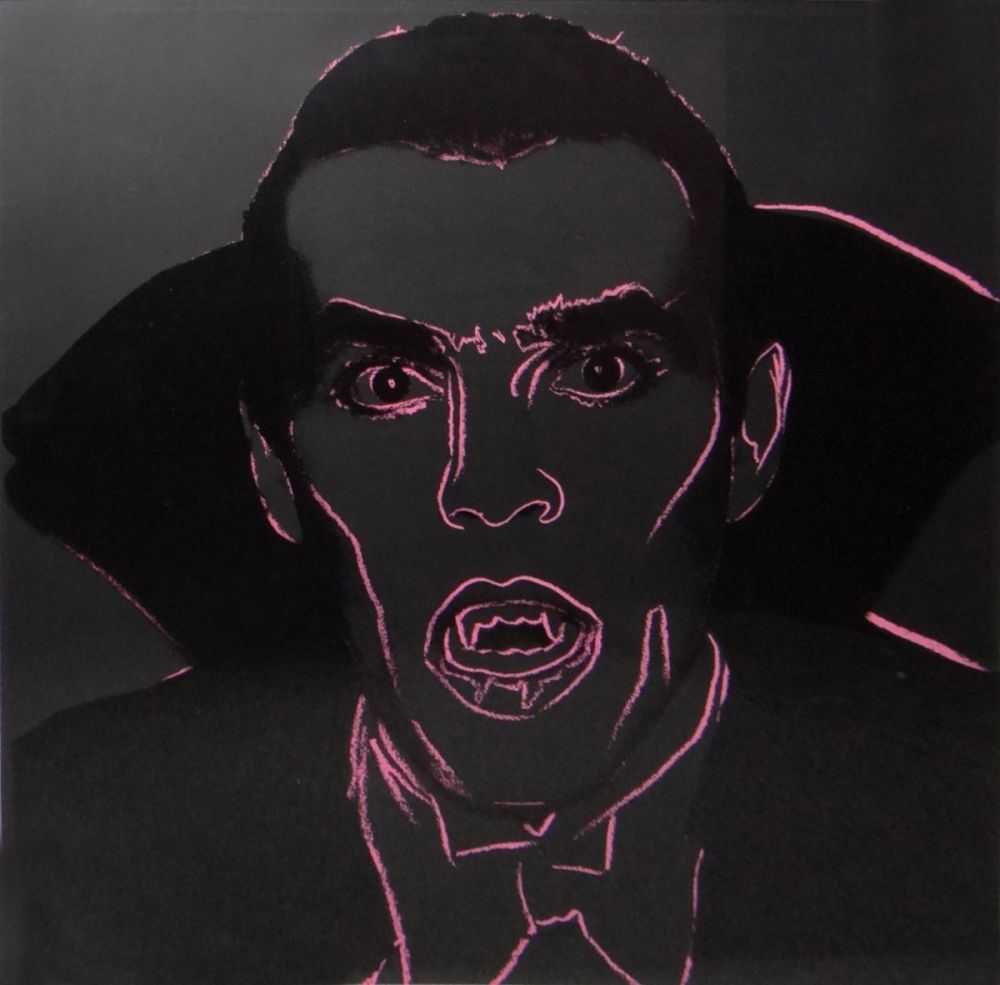 Warhol’s interest in this subject can be traced back to 1974, when he produced a film entitled Blood for Dracula, which was directed by Paul Morrissey. The film was a witty spoof on the various Dracula tropes, interspersed with homoerotic sex scenes and outrageous violence. The film has since become become a cult classic.