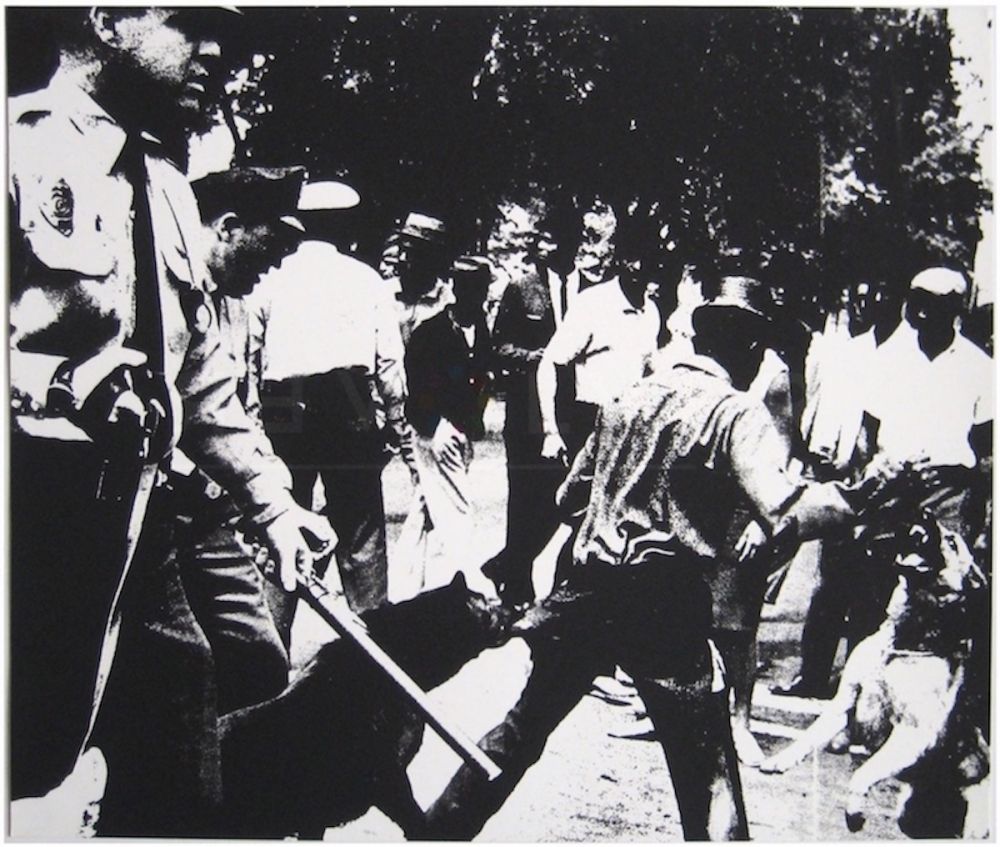 Birmingham Race Riot is a sobering image of the civil disorder event that took place in Birmingham, Alabama. Warhol recreated the scene that occurred in 1963, in which an agreement to partial desegregation of public spaces led to the violent clash between the Birmingham Police Department and Black civilians of Birmingham. It was based off a photograph taken by Charles Moore in Life, May 17, 1963.The piece represents social injustice, a theme not often explored by Warhol. While many of his pieces allude to societal issues, this print is one of the his only pieces that explicitly demonstrates the need for racial equality, a major matter of contention at the time.