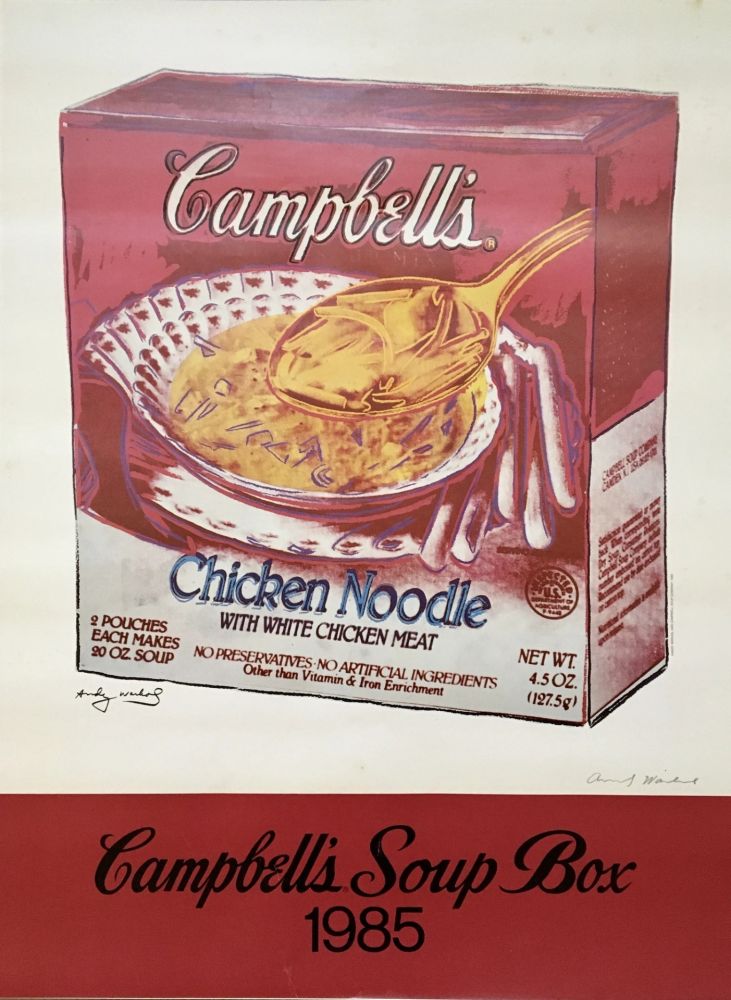 In the 1980's Warhol began to accept commissions for advertising work. He was commissioned by Campbell’s Soup to create a series of paintings of their dry-mix soups in 1985 including this work displaying a chicken noodle package. Originally in the 1960's the Campbell's paintings were considered outrageous – twenty years later they appeared almost as ordinary as the product they represent. The poster was commissioned and published by the Campbell’s Soup Company.

Certification
• A Certificate of Authenticity (COA) is included with the purchase of ALL artworks.

Returns
• All purchases are fully refundable until 30 DAYS after confirmed delivery.
• Refunds are given only if the artwork is returned in IDENTICAL CONDITION.