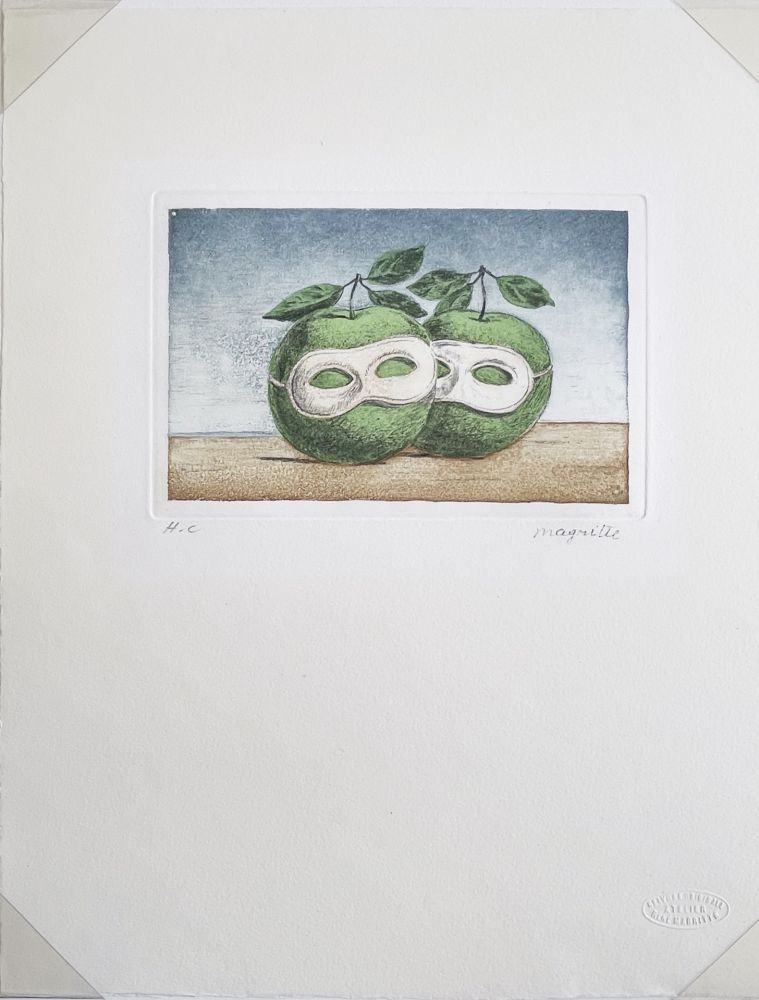 Title: Le Pretre Marie (s.9312)
The Married Priest
Medium: Original Etching, black & white, 1968, on BFK Rives paper, with artists signature stamp and stamp reading “Gravure Originale Atelier Rene Magritte” in oval, bottom right.
Edition: VIII/XXV
The edition consisted also of
150 on Japon nacre paper
25 “hors commerce” examples numbered I/XXV/XXV/XXV on Rives paper
25 “hors commerce” examples numbered I/XXV/XXV/XXV on Japon Nacre paper
A small number of artist proof copies on Rives and Japon marked ea
Size: 14 x 9.5 cms (plate ). Sheet: 22.5 x 28.75 cms
Publisher: Atelier Georges Visat, Paris;
Printed by: Atelier Georges Visat, Paris
Note: This is plate 1 (of fhree) illustrating the volume from “Signe de survie au temps d’amour by Guy Rosey.
During 1968 and some months prior to his death in August of that year Magritte initiated a project with George Visat, Director and Master Printer of Atelier Georges Visat in Paris. Magritte presented Visat with a number of colour sketches which were proposed to be studies for colour engravings. Unfortunately the artist fell ill and died before these could be produced. After the artists death the publisher got together with his widow, Georgette Magritte, and they decided to complete the project. This item was part of the project and is correctly described as “after Magritte”. The work is properly described and catalogued in the Magritte Catalogue Raisonee by Kaplan & Baum.
It is two objects which look like green apples, with leafy stems, standing close to one another on a plain under a cloudy night sky. Both wear purple eye-masks, though of course they have no eyes. One (on the left) is turned toward the other, which is slightly out in front, and appears to be giving it a light kiss or a nudge. What does this mean? Is the priest the apple on the right, staring straight ahead while the object of his desire tries to win him over with a kiss? Is he the apple on the left, passionately casting aside his vows for a single kiss with his lover, which is not reciprocated? Or is it that a married priest is like two apples, one kissing the other, the other ignoring the gesture? Does this painting represent the battle between the id (the left apple, full of desire) and the superego (the right apple, which must remain steadfast and resolute)? Are the masks a facade, an appearance the apples are trying to keep up, or are they a disguise, to hide the apples' wrongdoing from chance onlookers? Only the left apple appears to have its mask tied on -- is it the only one serious about maintaining this illusion, or is it the only one who needs to work to do so? Any or all of these are possible interpretations of the painting. The value of the work, and the skill of the painter, lie in being able to make the viewer ask these questions. Magritte's personification of the apples, and his seemingly whimsical title, force the viewer to reconcile their apparent lunacy
Literature: Kaplan & Baum “The Graphic work of Rene Magritte” Number 13
Provenance: The estate of Dr. Seymour Ira Schwartz, Rochester, New York. Seymour I. Schwartz, (January 22, 1928 – August 28, 2020) was the Distinguished Alumni Professor for the Department of Surgery at the University of Rochester in Rochester, New York . He was one of the most prolific and honoured surgeons in American history with further successes outside of the field of medicine as a renowned author and cartographic historian 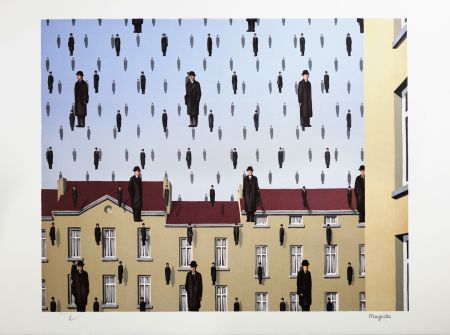 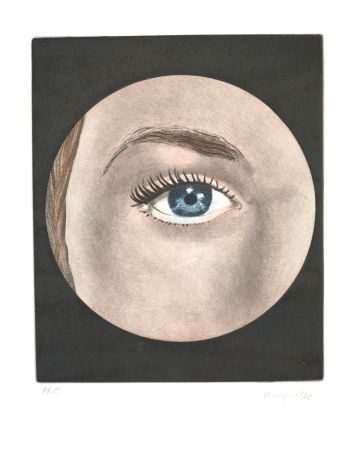 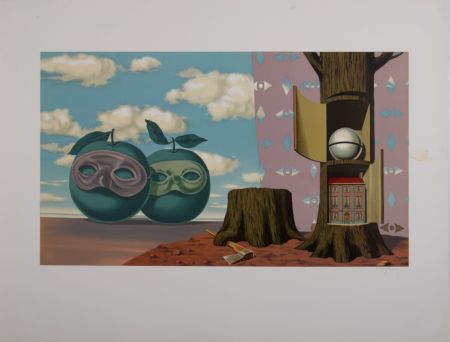 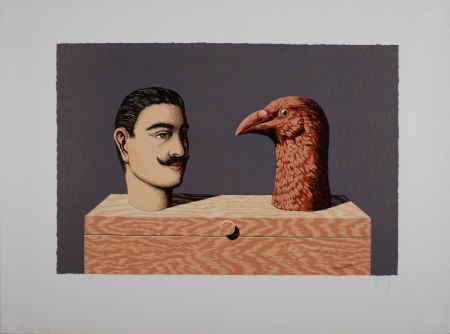 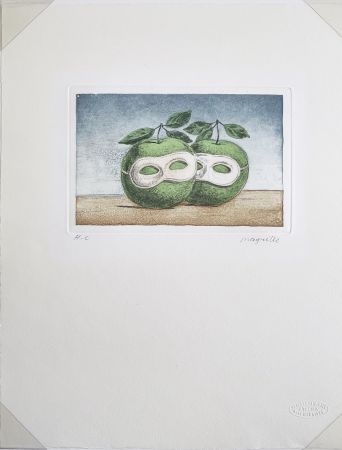