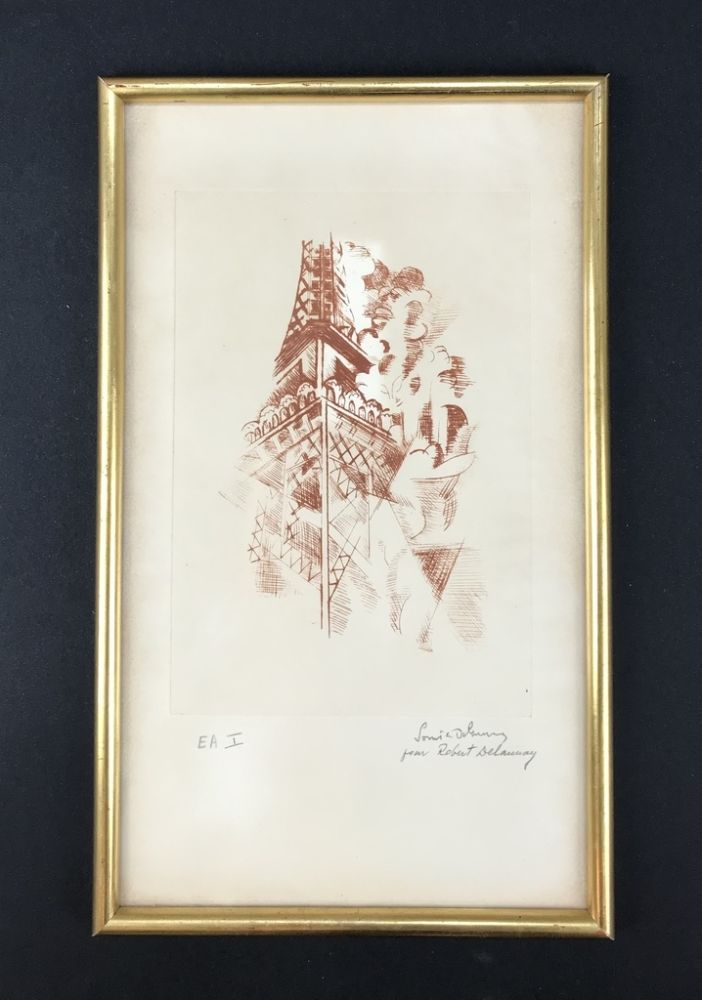 This etching was been made by Robert Delaunay but he died and his wife ( Sonia Delaunay ) signed it for him.
work in good conditions, slight signs of aging, barely visible
Original frame also included.

Robert Delaunay was fascinated by the Eiffel Tower, which was erected in 1889 to commemorate the centennial of the French Revolution. For the next forty years (until the construction of New York’s Chrysler Building), the Eiffel Tower remained the tallest structure in the world and was visible throughout the French capital. Between 1909–12 and again from 1920–30, Delaunay represented the Eiffel Tower from all vantage points. His early Cubist depictions of the tower often show it flanked by more traditional buildings.

Robert Delaunay's colorful and formally experimental paintings were a unique fusion of early-20th-century European artistic trends. His best-known works centered on the visually and intellectually stimulating world of Belle Epoque Paris in which he and his wife, Sonia Delaunay (Terk), founded the Orphism movement. The style was distinguished by faceted compositions, vibrant color, and contemporary subject matter that together conveyed delight in the modern life and its technological innovations.

As his style matured, Delaunay further developed his mosaic-like squares into more complex geometric facets in which both solid objects and their surrounding spaces were fragmented, much like Cubism. These canvases are known for their dynamic sense of movement and their celebration of urban life, particularly Paris with Delaunay's oft-repeated motif of the Eiffel Tower.

Delaunay penned his own theories of color in which he discusses both color as a material form and its great expressive power. He was particularly captivated by how the interaction of various colors generated impressions of movement and depth without allusion to nature. Delaunay wrote that the "breaking up of form by light creates colored planes... [that] are the structure of the picture... nature is no longer a subject for description but a pretext." Eventually, he abandoned "images or reality that come to corrupt the order of color" - thus turning to complete abstraction. 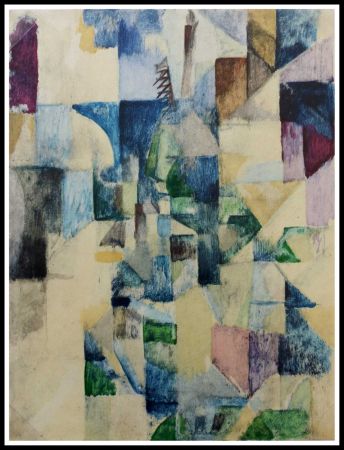 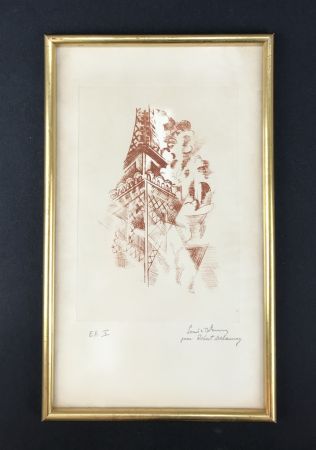 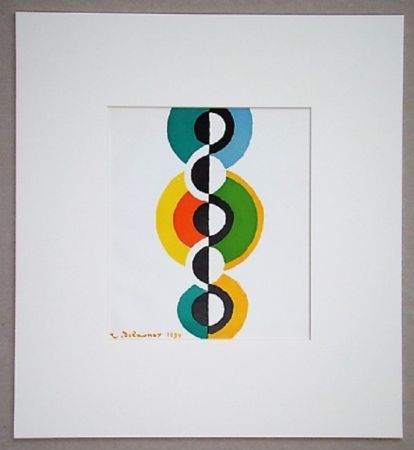 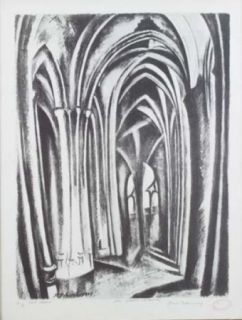