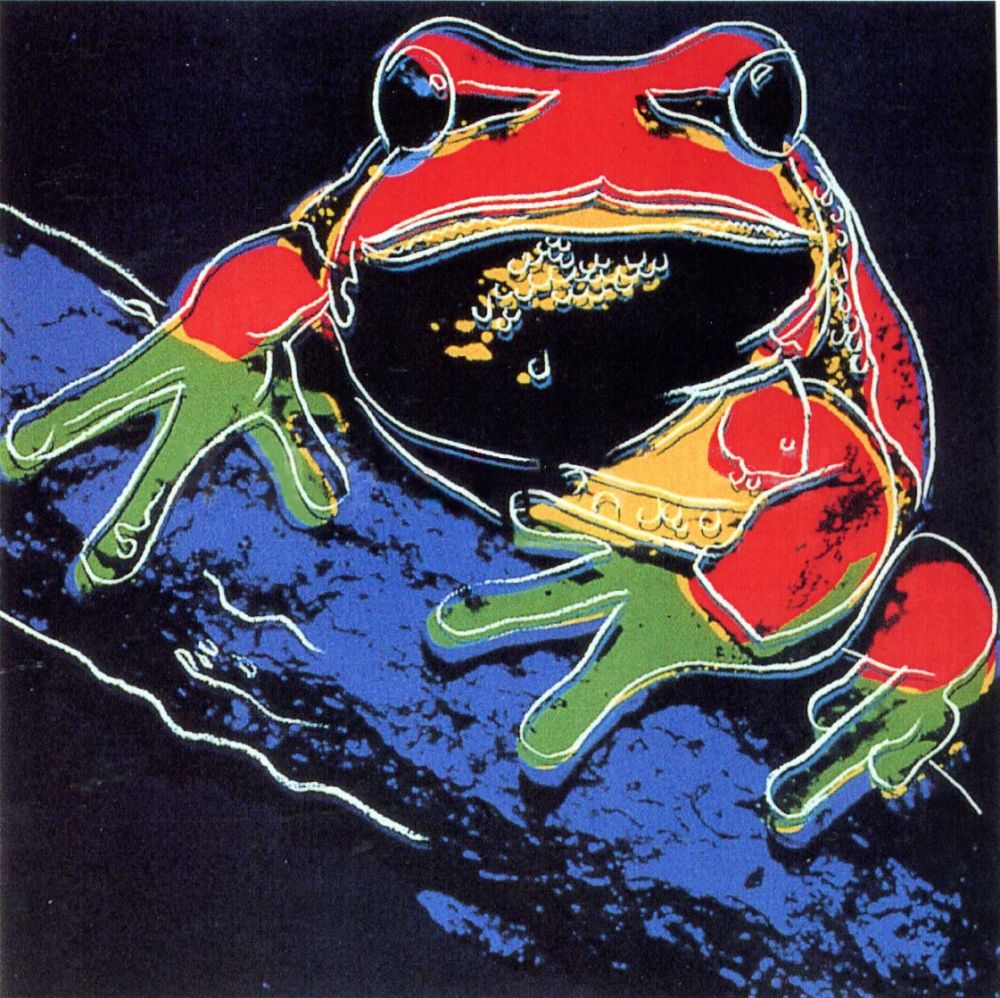 PINE BARRENS TREE FROG 294
The Pine Barrens Tree Frog can only be found in three distinct areas in eastern United States. It was listed as endangered from 1977 and 1983. The tiny species of frog is magnified in Warhol’s print and characterized by bright primary colors, which pop out against the blue coloring of the tree branch.

PINE BARRENS TREE FROG 294 AS PART OF ANDY WARHOL’S LARGER BODY OF WORK
The Pine Barrens Tree Frog is one of ten in the Endangered Species series. In 1983 Warhol was commissioned by his friend and publisher Ron Feldman and his wife Freyda to create the series of 10 endangered species. Both Freyda and Ronald were celebrated political activists who were very active philanthropists. In 1983, they asked Warhol to create a portfolio of ten endangered species to raise environmental consciousness. Warhol fondly referred to this series as his “animals in makeup,” given the bold pop colors he uses to portray the animals as large than life.

In 1986, Warhol was commissioned again to do a series of animals in danger of extinction, this time it was illustrations for a book detailing the animals’ backgrounds and what kind of impact their extinction would have on our livelihood.